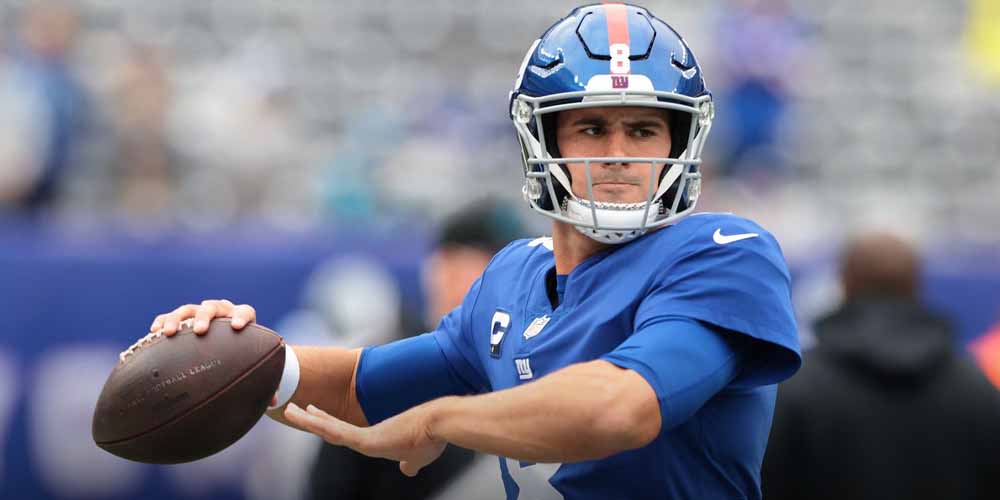 TAMPA, Fla. – Daniel Jones and the New York Giants will be on the road in Week 11 for a Monday Night Football matchup against Tom Brady and the Tampa Bay Buccaneers.

This will be the third meeting between Jones and Brady and it is also the second time that NFL betting sites have listed Danny Dimes as a double-digit underdog to Tom Brady.

In those two games, the Giants have gone 1-1 against the spread. The first time came in 2019 where the Giants failed to cover as 16.5-point underdogs while Brady was still with the New England Patriots. Most recently, the Giants covered a 13-point spread against Tampa Bay last season in a 25-23 loss.

Throughout his career, Jones has been tested as a 10-point underdog or more four times on the road. While the New York Giants have not done well on the moneyline at 1-3, they have gone a very impressive 3-1 against the spread in that situation.

Backing up the Giants being able to cover the spread against the Tampa Bay Bucs is that they have gone 3-1 ATS when a road team underdog this season. They are 5-3 ATS as an underdog this season in general and have covered by an average of 1.5 points on average.