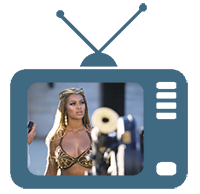 Millions of people tune into the Super Bowl each year with no intent to watch the game, but rather the Super Bowl commercials. This begs the question of what the Best Super Bowl ads of all-time are. This largely depends on what metric you’re using. You could say that the best ones are the ones that generated the advertiser the most money or you could judge it by the impression it leaves behind on the people watching. For the 2022 Super Bowl, ads are only becoming crazier and more dramatic. Our take, the ones that make a lasting impression on the people watching the ads ultimately provide a greater life-long value to the company so our list highlights those exact commercials. Here are the best Super Bowl ads of all time from oldest to newest:

This commercial originally aired in 1980 and still holds value to this day. The popularity of the commercial around the world sparked NBC TV to produce an entire movie on the premise of the ad and inspired iterations of the ad in other countries such as Argentina which used Diego Maradona instead of Mean Joe Greene.

"It Wasn't Me" Cheetos Style

Bringing together an iconic Hollywood power couple as well as an early 2000s reggae R&B jam, Cheetos made headlines for Super Bowl 55 commercials. Liked by some and hated by others, this Super Bowl commercial sees Ashton Kutcher attempting to sing the chorus of "It Wasn't Me" while catching his partner, Mila Kunis, red- (or orange-) handed. Throughout the entire commercial, Shaggy gives support to Kunis before breaking down new Cheetos lyrics in a classically-filmed music video.

This commercial broke barriers in a number of different ways. Not only was it the introduction to the Macintosh computer, but it was also the first Super Bowl ad to run without even featuring the product. Instead, the commercial is set in a bizarre post-apocalyptic world directed by Ridley Scott. Scott had previously directed the movies “Alien” and “Blade Runner.” The commercial gained buzz by news outlets which resulted in about $150 million dollars’ worth of computer sales.

This 1992 commercial set out to unveil the new look of Pepsi and diet Pepsi cans. At the time, Cindy Crawford was well known for her beauty and Pepsi leveraged that perfectly to get some hearty laughs from Super Bowl viewers and highlight the new look of the brand.

People have been saying “nothing but net” for years, but what they might not have known is that McDonald's coined this term during their 1993 ad featuring Michael Jordan and Larry Bird. The two play a game of horse that goes way too far in order to win Michael Jordan’s Big Mac.

In 1999, the internet clearly became a dominant force in how people do work, but Monster.com’s ad highlighted that the internet could also be used to find new work. The ad instantly connected to people who were unhappy with their current occupation and solidified the site as the place to go to look at job listings.

This ad was an instant hit when it aired during the 2008 Super Bowl and because of it, the company followed up with an entire E-trade Baby ad campaign. The commercial highlights how easy it is to use the site by having a baby voiced over by a comedian to tell you how.

The famous “you’re no you when you’re hungry” all started with this 2010 Snickers commercial. Betty White plays a backyard tackle football player that gets pummeled by another player. After she takes a bite out of a Snickers bar, she returns to the male player the athlete is supposed to be. Several iterations were made by the company, and the tagline still holds after a decade.

Anything featuring Star Wars characters is sure to gain attention, but the way in which Volkswagen used the image of Darth Vader in this 2011 ad is timeless. A child, dressed as Darth Vader, is fooled into thinking he has the power of the force after his dad uses his key to automatically start the car. It was a great way of tying humor into the purpose of highlighting the new feature of the Passat.

Budweiser always has at least one Super Bowl Commercial every year. Many people remember their “Frogs” ad from 1995, but this one may have topped it. This 2014 ad features puppys, horses, and relentless friendship. If you want to shed a tear, watch this ad. The company followed up with another dog-centered ad the following year, but this is the one that started it all.