Betting on the BFC Championship odds is another layer of Super Bowl betting for fans to enjoy. The past 11 Super Bowl winners include six NFC teams and six AFC teams. As of late though, things have swung towards the AFC, with the conference winning five of the last six titles. Now that Tom Brady has joined the NFC, things could star shifting in their favor.

It will be up the NFC “G.OA.T.S” like Russell Wilson, Aaron Rodgers, Drew Brees and now Tom Brady to resurrect the NFC Championship odds. These teams will really need to step up as there have been a few teams that have fallen out as of late like the Rams, Cowboys and Eagles. The 2020 season will be a true test to the NFC to see if they can turn things around in their favor. Find out the latest odds for the NFC West, NFC East, NFC South, and NFC North divisions to help prepare for betting on Super Bowl odds.

Betting On The NFC Playoff Games

After the San Francisco 49ers opened up as the favorites to win the NFC Championship, things quickly changed once the season started as they were met with the injury bug that sidelined key players early on in the season. With the 49ers moving out of the picture, the New Orleans Saints (+450) and the Seattle Seahawks (+450) have moved in as the top two favorites. Other teams that have seen positive shifts on the NFC Championship odds board are the Arizona Cardinals, Los Angeles Rams, Green Bay Packers and Chicago Bears.

Playoff Race In The NFC

The addition of a seventh playoff team to each conference has certainly made the competition in the NFC much higher. Three of the four division leaders in the NFC are all separated by just two games. The Saints (+225) lead all NFC teams right now and are followed by the Green Bay Packers (+400) and the Seattle Seahawks (+400). The odd team out of the division leaders in the NFC are the New York Giants (+6000) as they are sitting with a 4-7 record.

The Saints should have their top spot in the conference and division locked down as in their five games remaining on their schedule, four of them are coming against teams with below .500 record such as the Falcons, Eagles, Vikings and Panthers. Their only threat right now are the Tampa Bay Buccaneers (+550) who are three games behind the Saints but are in prime position to be one of the wildcard teams. They can certainly remain in the wildcard spot also as in their four games remaining on the year, all of them are against teams who are far out of the playoff race.

Being that the Saints have a favorable schedule to end the season, the Packers should see a difficult time trying to overtake the top spot in the conference. They do, however, also have a nice schedule to end the season as four of their five remaining games come against teams out of the playoffs with below .500 records. The Packers are also close to a sure thing to win the NFC North as they are about three games ahead of their competition and with their remaining games, they should be locking it up.

As for the Seahawks, they are in one of the toughest spots of the division-leading teams as their NFC West division is the toughest in the NFL. They are two games separated from the third-place team in the division, the Arizona Cardinals (+1800), and just one game ahead of the LA Rams (+700), who they have lost to earlier in the season and also have to face them one more time prior to the seasons end. Of these three teams, the Cardinals have the toughest route to the playoffs as they have two games remaining against the LA Rams as well as a tough 49ers defense. The Seahawks though should have no problems here in finishing out the season as they have four games remaining on the season against below .500 teams.

Looking at the race in the NFC East, it is the Giants who are holding on the top spot at 4-7 and are tied with the Washington Football Team but hold the advantage as they have defeated Washington earlier in the season. Looking at the Eagles and Cowboys, they are both two games out of the top spot in the division. Unfortunately for teams in the NFC East, just one of these teams will be able to make the playoffs being that they are all well below .500 records and in no shape to make even the wildcard round. Of all the teams in the NFC East, the team that could jump out in front is the Dallas Cowboys as they have just one of their five games remaining against a team with an above .500 record while the other three teams face tough roads ahead of them.

Odds To Win The NFC Championship 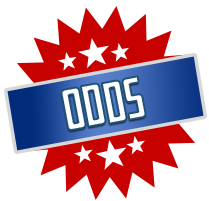 After the San Francisco 49ers opened up as the favorites to win the NFC Championship, things quickly changed once the season started as they were met with the injury bug that sidelined key players early on in the season. With the 49ers moving out of the picture, the New Orleans Saints (+450) and the Seattle Seahawks (+450) have moved in as the top two favorites. Other teams that have seen positive shifts on the NFC Championship odds board are the Arizona Cardinals, Los Angeles Rams, Green Bay Packers and Chicago Bears.

The NFC West remains to be one of the toughest divisions in the league as it is coming down to three potential teams who could make a run for the division title. The Seattle Seahawks (+110) currently hold the lead as they are tied for first in the division in terms of record. Following them are the LA Rams (+120) who have the same record as the Seahawks and have proven that they have a championship-winning defense. The third team in the running are the Arizona Cardinals (+525) who are thriving off of their big offseason moves. As for the San Francisco 49ers (+10000), injuries have caught up to them which could push them out of the playoffs in the coming weeks.

This is easily the worst division in the NFL as all of these teams are sitting with well below .500 records. With that said though, it is turning out to be a competitive ending to the season in the NFC East odds boards with the Philadelphia Eagles (+200) barley leading the way. The Dallas Cowboys (+210) follow them, but have suffered from some terrible injuries including losing Dak Prescott for the season. The New York Giants are sitting with the third-longest odds at +333 as they have the talent on both sides of the ball but cannot seem to put the pieces together. In last place is the Washington Football Team at +350 and rightfully so as they are now on their third quarterback of the season in Alex Smith.

The NFC North is all but decided as the Green Bay Packers (-1200) have taken full control behind the connection between Aaron Rodgers and Davante Adams. Following the Packers are the Chicago Bears (+1000) who are dealing with quarterback struggles right now. The Vikings are with the third-longest odds at +2000 as they have had to rely on an inconsistent Kirk Cousins thus far. The Lions (+7500) are on pace to be eliminated in the coming weeks from playoff contention.

The NFC South might look all but done as the New Orleans Saints (-800) have a large lead over the remaining teams as they are currently on a seven-game win streak, but the Tampa Bay Buccaneers (+450) are in striking range as they are just two games behind them. Looking at the Carolina Panthers (+25000), they have had a rough year in 2020 as they just have not been able to get their chemistry issues together. In last place are the Atlanta Falcons (+40000) who are just about eliminated from playoff contention as they own the leagues worst secondary.