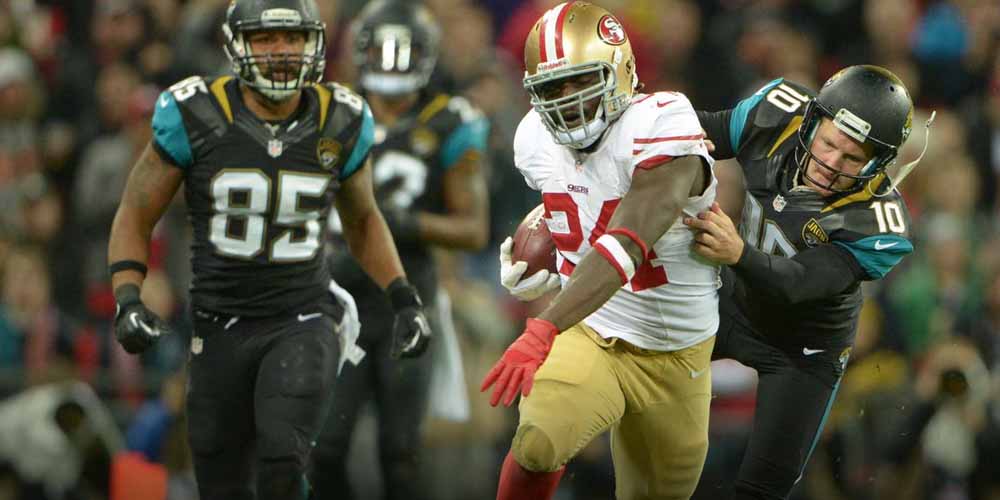 JACKSONVILLE, Fla. – The Jacksonville Jaguars are home underdogs to the visiting San Francisco 49ers on Sunday. Jacksonville has won two straight games at home as an underdog this year.

The San Francisco 49ers are coming off of their biggest win of the season as they beat the Los Angeles Rams last week. They now have a bit of a step down in competition as they face the Jacksonville Jaguars.

NFL betting sites are favoring the 49ers by nearly a touchdown as road favorites.

The 49ers have handled their business this season as a road favorite, going 2-1 ATS and covering the spread in each of their last two games. However, the same can be said for Jacksonville.

The Jaguars have covered in each of their last two games as home underdogs after starting the season 0-3 ATS.

Not only have the Jaguars been covering, but they’ve won two straight games as home underdogs, beating the Buffalo Bills and Miami Dolphins. Those looking for a bigger payout can back the Jags to win their third straight home game with a decent price.

However, Jacksonville truly doesn’t do anything better than San Francisco which makes it a tough bet to make. The Jaguars score fewer points, allow more points, gain fewer yards and allow more yards on average than the 49ers.

The total for the game is set at a seemingly fair spot, but there are still indications that one side has an edge over the other. Those betting on the NFL may find that the UNDER has slightly more value.

The UNDER has cashed in four of the five Jaguars’ home games this year, largely due to their lackluster offense.

Jacksonville scored just 16.6 points per game and with their average of 25.8 points allowed, they see an average total of 42.4 points per game. Plus, each of their last four games has gone UNDER the set number.

The game will begin at 1 p.m. EST and can be seen on FOX on Sunday.