Betting On The 2022 Puppy Bowl 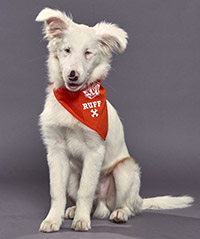 Welcome, one and all, to the best page on this entire website. Yes, that’s right, you can bet actual real-life money on the Puppy Bowl at many major online sportsbooks. The Puppy Bowl is a sort of faux Super Bowl competition between teams of puppies aired on Animal Planet on the same day as the Super Bowl. It is exactly as cute as it sounds and it has developed into a sensation during the two decades it has existed. As far as betting on the Puppy Bowl, the bets are a little more abstract than “who will win?” They tend to focus more on the event itself, the proceedings, and the reaction on social media.

What Is The Puppy Bowl?

The Puppy Bowl at its core functions as a showcase for sheltered pups in need of adoption. It started in 2005 with the goal of exposing potential families to the many puppies in need. Since its inception, the puppy bowl has successfully resulted in 100% of all puppies being adopted. The rules are simple. The adorable puppies will be separated into two teams (Team Fluff and Team Ruff). The two teams of precious pooches will then be let loose in a battle of wits, determination, and overall cuteness. The winning team will then be presented with the legendary Lombarky Trophy.

What Are The Odds For The Puppy Bowl?

The odds for the Puppy Bowl range from the familiar to the far afield. The most familiar thing to the eyes of a seasoned sports bettor would be the spread or the moneyline itself. While the Puppy Bowl tends to be very high scoring and random in its distribution, something like a 7.5-point favorite isn’t actually that large of a favorite. As far as the moneyline, Team Ruff and Team Fluff have standard odds to win the Puppy Bowl across the different online sportsbooks.

How old will the MVP be?

Will a puppy attempt to mate during the Puppy Bowl?

What letter will the MVP’s name begin with?

What gender will be the Puppy Bowl MVP be?

Will the MVP be a pure bred or mixed breed?

Bovada is one of the top online sportsbooks for obscure betting lines. When it comes down to where to bet on the Puppy Bowl, Bovada should be the first place you look. Bovada also offers incentives when you sign up, even when you are looking to bet on the 2022 Puppy Bowl. For example, you can receive a sports welcome bonus simply by claiming it when you make a new account. This bonus will give you a 50% matching bonus money on any deposit you make, up to $250. No promo code is required.

Bovada is an industry leader in customer service and quality and has an excellently designed and well-laid out website that makes sports betting an absolute breeze. Bovada also offers incentives when you sign up, even when you are looking to bet on the 2022 Puppy Bowl. For example, you can receive a sports welcome bonus simply by claiming it when you make a new account. This bonus will give you a 50% matching bonus money on any deposit you make, up to $250. No promo code is required. Despite betting on an event before the Super Bowl, Bovada's odds on the Puppy Bowl are taken just as seriously. Though there aren't hundreds of bets, there are still dozens of dog bets to consider - some having standard odds while others offer longshot betting opportunities.

How Does The Scoring Work In The Puppy Bowl?

The Puppy Bowl started out as a gag – the Animal Planet execs weren’t sure what to do so they just ran 12 hours of puppies playing instead of trying to compete with the Super Bowl. It’s become a little more standardized in recent years, but it’s still very much focused on the puppies compared to being anything resembling actual football. Basically, there are a bunch of chew toys on the field, and if any of the puppies carry them across the goal line and into the endzone, it is considered a touchdown.

The Puppy Bowl may not be known for stealing much attention from the Super Bowl bettors, but the two are broadcasted on the same day. Puppy Bowl XVII will air on Sunday, February 13th and will be aired on Animal Planet, and can be streamed on Discovery+. The Puppy Bowl begins at 2 p.m. EST, giving bettors enough time to finish watching this event before heading over the to Super Bowl broadcast. For the real 2022 Puppy Bowl followers, the pre-game coverage begins at 1 p.m.

Are The Dog Bowl And The Puppy Bowl The Same?

So, the Puppy Bowl is focused on puppies, and specifically on getting those puppies adopted and raising awareness of dog adoption. The Dog Bowl, by contrast, is focused on older dogs in need of loving homes. The Dog Bowl is a more recent development, a spinoff basically, but it’s for a great cause, and older dogs tend to get overlooked in terms of adoption, so hopefully it does some good.