The History of the Super Bowl 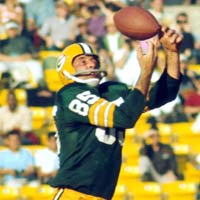 The modern era of Super Bowl history begins not when the league was founded in 1920, but on January 15th, 1967 when the National Football League (NFL) played the rival American Football League (NFL) in what was originally dubbed the "NFL-AFL Championship Game". That game, and the eventual merger between the two leagues, only came about because a few disgruntled want-to-be NFL owners go frustrated in 1960 and created the AFL. After coaxing the general public in the direction of supporting a merger, the NFL and AFL agreed to merge in 1966. The agreement between the two leagues stipulated that they merge by 1970, although that elongated timeline still allowed the two leagues to begin playing the 1967 AFL-NFL Championship Game between the NFL's Green Bay Packers and the AFL's Kansas City Chiefs. The Packers won that game 35-10, but what may have been most important was the suggestion by then Chiefs' owner Lamar Hunt's son who suggested the leagues call the game the "Super Bowl". The NFL-AFL Championship Game namesake was then tossed aside for the Super Bowl. The names of the leagues have changed as well once they officially merged in 1970, as the NFL is now the umbrella of which the National Football Conference (NFC) and the American Football Conference (AFC) play. The NFC is made up of the teams that were part of the original National Football League, while the AFC is made up of teams from the American Football League. Of course, a few expansion teams have also been added to both sides since the 1960s.

Super Bowl history started with the Green Bay Packers getting crowned the champion for the first two iterations of the game before Joe Namath was able to secure what would eventually become the Lombardi Trophy in 1969. The Jet’s win that season started a four-year run of parity before the Miami Dolphins, Pittsburgh Steelers, and Oakland Raiders would go on to win a combined eight of nine Super Bowls during the 1970s and into 1980. Following that run of AFC dominance, the NFC would go on its own run of dominance as the conference would win 15 of the 16 Super Bowls between 1981 and 1996 on the backs of the San Francisco 49ers and Dallas Cowboys dynasties. Largely due to the sustained excellence of the Tom Brady/Bill Belichick dynasty in New England, the record between the conferences is nearly even, with the NFC leading the AFC by a score of 27-25.

Has The Super Bowl Ever Been Held In Arizona Before?

Super Bowl 57 will be held at State Farm Stadium in Glendale, Arizona. With that in mind, examining the history of past Super Bowls in Arizona may provide some insight for players to take advantage of when betting on the Super Bowl. Three prior Super Bowls have taken place in Arizona, with two taking place at the University of Phoenix Stadium. In 2018 the University of Phoenix Stadium had its name changed to State Farm Stadium. That means two Super Bowls have taken place at the site of Super Bowl 57, with the only other Arizona-based Super Bowl taking place in Tempe in 1995. 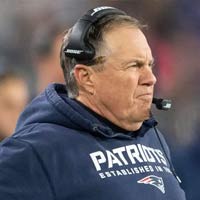 There is a proud history of Super Bowl winning coaches. It birthed the legend of Vince Lombardi, for whom the game’s trophy is now named, when his Packers won the first two Super Bowl games ever played. It popularized the legend of Chuck Noll’s ‘Steel Curtain’ Pittsburgh Steelers of the 1970s, setting a new standard for defensive excellence. Bill Walsh’s revolutionary ‘west coast’ passing attack led him to three Super Bowl titles in the 1980s and paved the way for the modern NFL offense. Joe Gibbs became the only coach ever to win Super Bowls with three different starting quarterbacks. In 2007, Tony Dungy became the first black coach to hoist the Lombardi Trophy, followed shortly after by Steelers coach Mike Tomlin in 2009. Bill Belichick earned his record fifth Super Bowl title in 2017 in epic comeback fashion, and added a sixth in 2019.

There is a widespread belief in the NFL that elite quarterback play is a prerequisite for a Super Bowl title. That isn’t necessarily true, but the history of the game certainly supports that your odds of winning are drastically reduced without great quarterback play. The first eight quarterbacks to win a Super Bowl—Bart Starr (twice), Joe Namath, Len Dawson, Johnny Unitas Roger Staubach, Bob Griese, Terry Bradshaw and Ken Stabler—are all enshrined in the Pro Football Hall of Fame. If you look back at any NFL team with a realistic claim to being a dynasty, you will find a Hall of Fame quarterback at the helm, from Starr to Montana to Brady. There is an inescapable connection between elite quarterback play and Super Bowl success.

Defenses That Won the Super Bowl

The phrase "defense wins championships" has proven to be true throughout Super Bowl history. Few teams in NFL history have won the Super Bowl without an above-average scoring defense, with only eight teams ever winning the big game without a scoring defense that was in the top third of all defenses in the key stat. Some of the most famous defenses in the league have been the driving force of many championship teams, with Check Noll's "Steel Curtain" Steelers and the '85 Bears two of the most well-known defenses to do so. Many of the teams to win the Super Bowl since 2000 have also featured vaunted defenses, such as the 2000 Ravens, the 2002 Buccaneers, and the "Legion of Boom" Seattle Seahawks in 2014. Defense has proved vital specifically over the past nine seasons, as the Cincinnati Bengals 20 points marked the sixth time that the runner-up finished with 20 or fewer points. With that said, over the same time frame, there have been as many teams to score more than 20 points as there have been that have scored less than 10 points (3). The NFL may be a "quarterback-driven league" but the adage that "defense wins championships" continues to be nearly as important.

Past Super Bowl Scores And Results