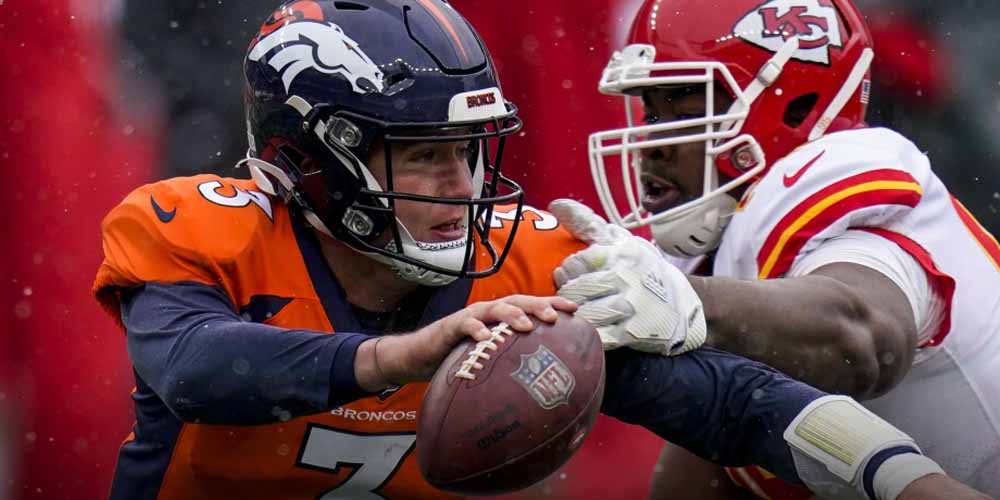 KANSAS CITY, Mo. – The weekend primetime games in Week 13 are headlined by division rivals as the Kansas City Chiefs and Denver Broncos play one another as do the Buffalo Bills and New England Patriots.

The Kansas City Chiefs are one of the largest favorites of the week as they have an alleged double-digit point advantage over the Denver Broncos according to the NFL betting sites. It also should be noted the Chiefs have been very good off of a BYE week.

Andy Reid is 19-3 when coming off of a BYE week in his career and is 7-1 off of a BYE with Mahomes as his quarterback (playoffs included). Given the team is a 10-point favorite, whether they’ll win seems like a given, but will they cover the spread?

Kansas City seems to have turned a corner, and largely due to their defense. They’ve allowed an average of just 11.75 points per game over the last four weeks and will now face the Denver Broncos offense that’s scored 17 or fewer points in three of the last five weeks.

It’s doubtful that Denver will put many points on the board and everybody knows just how dominant the Chiefs’ offense can be. Whether they cover the spread will ultimately come down to which version of the KC offense shows up on Sunday.

Arguably the highlight of the entire slate of games, the New England Patriots and Buffalo Bills will play one another in an AFC East battle. The two are fighting for the top spot in the division and are considered to be among the AFC’s best teams. Those betting on the NFL will find Buffalo favored in the meeting.

New England enters the matchup as the hottest team in the league, currently riding a six-game winning streak and has performed so well that they hold the best point differential in the NFL (+146). However, the Bills remain one of the best teams in the league, driven by their NFL-leading defense.

Due to the nature of the two defenses, bettors may look towards the UNDER.

This marks the lowest total of the season for any Buffalo game while being a pretty normal total for the Patriots. New England’s defense has allowed three touchdowns over the last four weeks while scoring two themselves, easily making them the best unit in the NFL over the last month.

ESPN will have coverage of this game at 8:15 p.m. EST on Monday night.