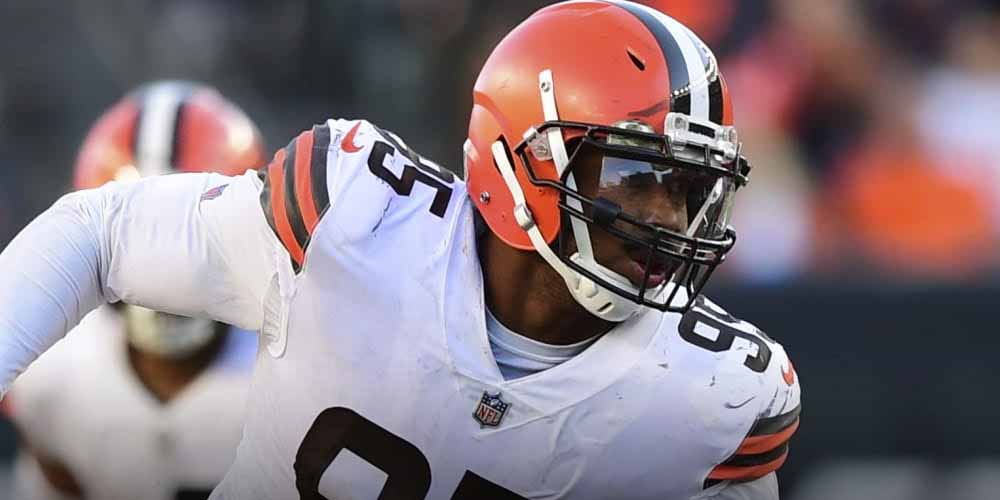 CLEVELAND – With the NFL season past the halfway point, it is time to start looking at the regular season awards such as the Defensive Player of the Year.

Currently, NFL betting sites have Myles Garrett as a strong favorite to win the award being that he leads the NFL in sacks.

Garrett has 14 sacks through 12 games played - a career-high over his 13.5 sacks in 2018. After the Cleveland Browns Week 9 win over the Cincinnati Bengals, Garrett was on pace to break the single-season sack record of 22.5 with 23 sacks.

Myles Garrett among all defenders this season (min. 100 pass-rushes)

Currently on pace for 23 sacks, which would be an NFL-record 👀pic.twitter.com/GOdyBylj8e

Garrett is outperforming other stars on the Browns defensive line such as Jeremiah Owusu-Koramoah, Jadaveon Clowney, and Malik McDowell. He has also helped lead the Browns defense to a top-3 spot in the league in terms of total yards allowed per game as they allow just 315.6 yards per game.

Garrett could be considered a lock to win the DPOY award.