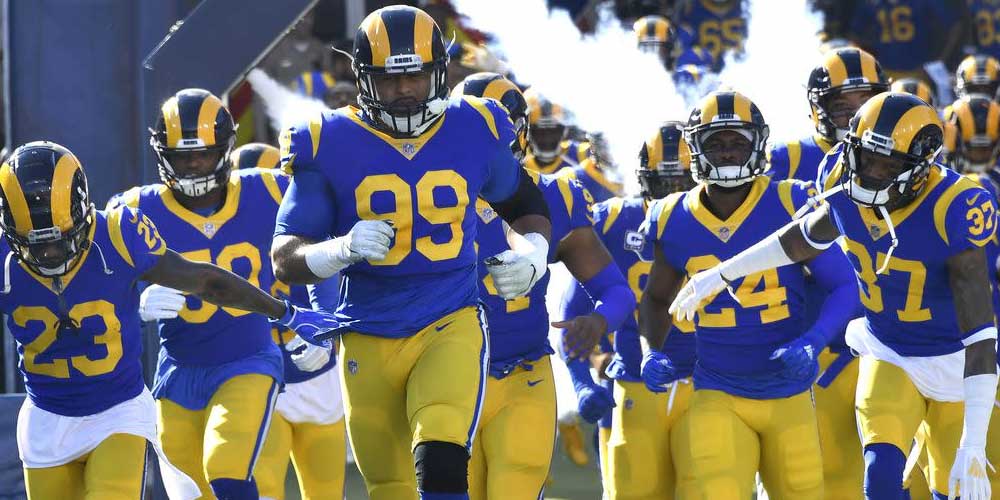 Rams and Chargers To Both Make The Playoffs (+275)

The Los Angeles Rams shouldn’t have much of a problem making the playoffs this year. They made it to the playoffs last year and now they’ve upgraded at quarterback from Jared Goff to Matt Stafford.

The Rams’ division still has the Seattle Seahawks and the San Francisco 49ers who should be better than they were last year, but regardless Los Angeles should be making at least a wild card appearance whether they win the division or not.

The tougher leg of this bet will be the Los Angeles Chargers. The Chargers went 7-9 last year with a rookie quarterback and a handful of injury problems. Los Angeles should only get better and only have the Kansas City Chiefs as a confirmed threat in the division.

Bovada have listed both Los Angeles teams to make the playoffs at +275 odds.

One thing that NFL bettors have to remember is that next season will have 17 regular season games, and therefore makes 12 wins a less daunting number to reach.

The Chiefs have Patrick Mahomes and will be considered an overwhelming disappointment if they don’t reach 12 wins, the Buccaneers return all starters from last year’s Super Bowl winning team and the Ravens improved on both sides of the ball from a season ago through free agency and the Draft.

Many would think that the Chiefs and Bucs are near locks to reach 12 wins and that the Ravens are right on the borderline, but at +450 odds it might be worth betting anyways.

First things first, we don’t even know if Tim Tebow is going to make the Jaguars roster, that being said it looks more and more likely as each day passes by. If Tebow does make the roster, the possibilities are endless as to how they’ll use him.

Just imagine the Jags opening drive gets down to the one-yard line, Tebow comes in for a QB Power a la Cam Newton. Maybe he takes a hand off and takes it in or even slips through the defense on play action and gets a receiving touchdown.

It’s certainly not the most likely option, but it’s not impossible.