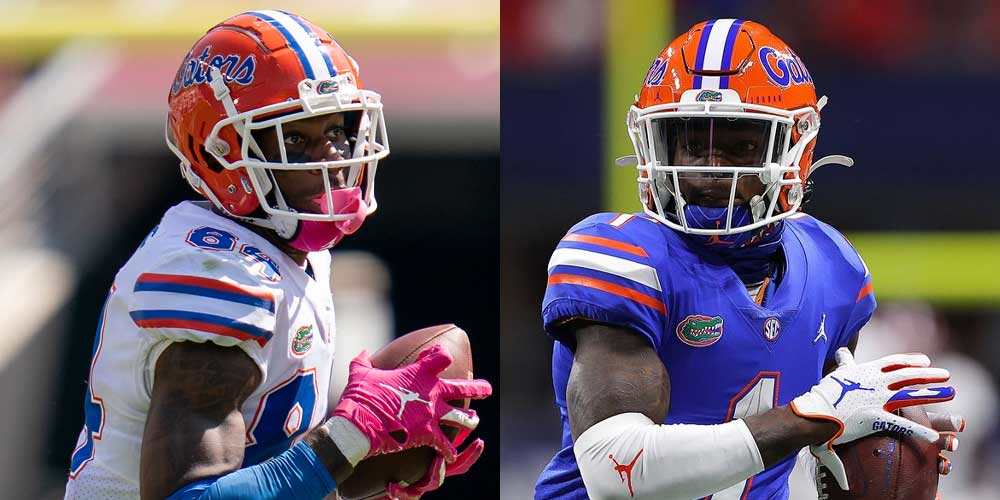 LAS VEGAS – The University of Florida saw two of their pass-catchers be selected in the first round of the 2021 NFL Draft in Kyle Pitts and Kadarius Toney. Season totals for the two have been released with betting odds attached.

Super bowl betting sites have set Kyle Pitts’ season totals at 7.5 touchdowns and 874.5 yards. If Pitts were to go Over this numbers, it’d be in the conversation for the best rookie tight end seasons of all time.

However, next season will have 17 games for the first time in NFL history which gives Pitts a potential extra game to hit these numbers.

Pitts is inheriting a good situation, getting an established quarterback in Matt Ryan. However, there’s only one ball and a lot of options on the Atlanta Falcons team.

Hayden Hurst in the tight end room could steal a good number of targets early in the season while wide receivers like Julio Jones, Calvin Ridley and Russell Gage will be drawing a lot of targets too. Mike Davis is a good receiving option out of the backfield as well.

NFL bettors will have to decide if all those weapons steal targets from Pitts, or draw attention away which gives him open looks.

Kadarius Toney’s season total numbers are more down to earth than Pitts’. He has totals set at 3.5 touchdowns and 524.5 receiving yards. Over the last three years, eight wide receivers have been drafted in the first round and three have eclipsed both of these numbers.

The New York Giants have a handful of receivers on the team in Kenny Golladay, Darius Slayton and Sterling Shepard as well as John Ross and Dante Pettis. It’s tough to project what kind of role Toney will have in the offense and targets could come few and far between with the pending return of Saquon Barkley.

Toney is talented enough to fly past both of these numbers if given the chance, it’s just a matter of if he’ll get the reps.