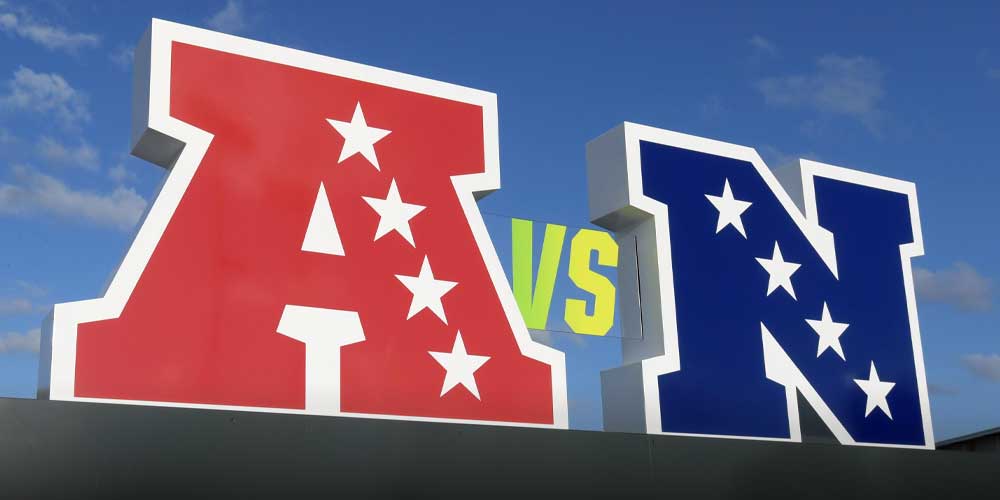 LAS VEGAS – Futures bets for the NFL have been up for quite a while now and it seems as if odds are done moving as they’ve reached their resting place giving Check out which odds, if any, are worth betting for Super Bowl winning division.

Many of the divisions with the shortest odds are heavily driven by one team. Whether it’s worth betting one team individually or the division as a whole is up to the individual, but it seems often it’s not worth losing value.

The AFC West has the shortest odds of any division by a significant margin, likely due to the Kansas City Chiefs. The Los Angeles Chargers could pose a threat, but at the end of the day, anyone betting on the NFL is probably better off just strictly betting on the Chiefs at their +500 odds.

The NFC South is one division where it could potentially be beneficial to bet on the entire division. Obviously, the defending champs, the Tampa Bay Buccaneers are the driving force behind these odds, but the New Orleans Saints are possible dark horse candidates.

The Bucs have +650 odds on sports betting sites for those who are interested in betting on them individually.

The NFC West has what could be the best division in the NFL for the upcoming season. Between the Seattle Seahawks, Los Angeles Rams, St. Louis Cardinals and San Francisco 49ers, there isn’t truly a bad team in the division.

There isn’t a team to rule out, but with the Seahawks and Rams, there are two solidified teams that have a chance to make a run.

The Baltimore Ravens and Cleveland Browns headline the AFC North, but the Pittsburgh Steelers and Cincinnati Bengals could both potentially make a push for the postseason.

Theoretically, it should make sense to bet on the division, but the Ravens and Browns have +1400 and +1600 odds, meaning bettors could put half of a unit on each team and still make more than betting on the entire division.

The value on Super Bowl winning division prop bets is few and far between. That being said, it’s still existent.

This goes back to a basic rule of understanding betting and searching sportsbooks for the best available odds as spending the extra couple of minutes looking for similar bets can result in plenty of extra cash in your pocket.