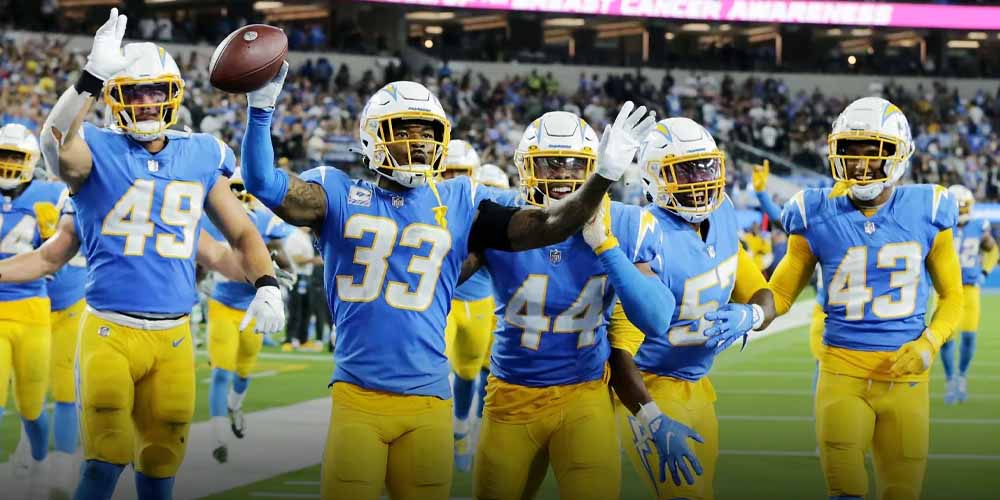 CINCINNATI – Despite 2021 being the sixth-highest scoring season of all time, there are only two games with totals above 50.0 points in Week 13.

The Games With Totals Higher Than 50.0

The first of the two games might not be the one most people would expect as neither team ranks inside the top five in points scored per game and one is outside of the top 10, but that’s the case with the Los Angeles Chargers and Cincinnati Bengals game this weekend. NFL betting sites are expecting a shootout.

It seems as if the sportsbooks have been picky in which games to give high totals this week and that the driving factor behind this being one of the few games is the Bengals. Cincinnati has seen more than 50 points in four of the last five weeks and is averaging a total of 55.2 points over that span.

The only other game of the week with a total higher than 50.0 is the Tampa Bay Buccaneers and Atlanta Falcons matchup. It makes sense that those betting on the NFL would find this game with a high total because when the two played earlier in the season the final score was 48-25.

Tampa Bay is the single highest-scoring team in the NFL while the Falcons allowing the second-most points per game makes up for their bottom-five scoring offense. However, only two of the Buccaneers’ last six games have gone OVER 50.5 points while only one of Atlanta’s last five games has done so.

Why Are Totals Getting Lower As The Season Goes On?

So far this season, when the total is set at 50.0 or higher, the UNDER is 27-23. Plus, there are seven divisional games on the Week 13 slate, which have a strong history of hitting the UNDER late in the season.