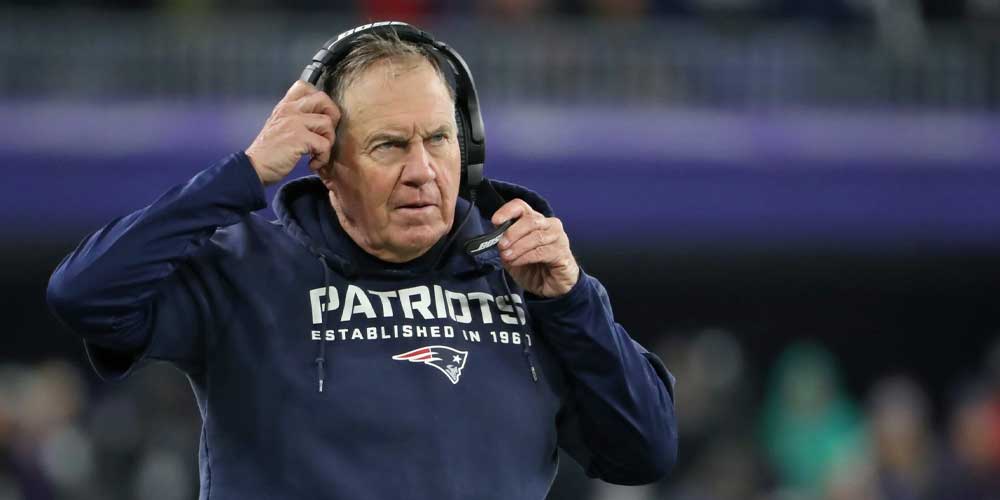 FOXBOROUGH, Mass. — The odds for the 2020 NFL’s Coach of the Year Award are currently available. Despite the rough offseason, Bill Belichick is the heavy favorite to win the award.

But, there are a handful of other coaches that could prove themselves and make a run for the award as well such as Bruce Arian’s Kyle Shanahan and Kliff Kingsbury.

NFL sportsbooks have Bill Belichick’s odds to win the Coach of the Year Award far ahead of the rest with +650 odds and rightfully so. Despite losing Tom Brady, Belichick is still one of the greatest coaches there is. His resume alone should be enough of a reason as to why he leads the odds having won multiple Super Bowls.

If the New England Patriots could prove to still be competitive and make a run for the playoffs without the services of Tom Brady, that would be a huge accomplishment for a team that is starting their decline. Bettors should feel safe betting on Bill Belichick to win the award.

One person’s loss in another person’s gain. That is the feeling in Tampa Bay right now as Bruce Arians and the Tampa Bay Buccaneers welcome in Tom Brady. If there were ever a time for Bruce Arians to win the Coach of the Year, it would be now as his team is shaping out to be one of the elites.

Arian's current odds to win the award are second at +1200. Those odds might seem a little too far for a team that has the greatest quarterback of all time. Betting on Bruce Arians to win the Award as he looks to turn things around for the Buccaneers would not be a bad bet given all the talent the team has acquired over the off-season.

With the bounce-back season that the San Francisco 49ers had during the 2019 season, it is surprising that Kyle Shanahan did not win the Coach of the Year then. Shanahan should be coming into the 2020 season with a vengeance as he has done more than enough to prove he is one of the elite coaches in the league.

Kyle Shanahan’s current odds are now at +1600 and those have the potential to shift at any time during the season. If Shanahan and the 49ers could return in the 2020 season to how they were last season, betting on him to win the Coach of the Year would be a no brainer.

Kingsbury could be considered the odd man out on this list but he worth taking a look at on the new look Arizona Cardinals. His current odds are sitting at +1800 and some might think that those are a little too generous, but they are fair odds considering the team that Kingsbury has put together.

Betting on Kliff Kingsbury to win the award might seem like a stretch, but it could leave bettors smiling if his team pays off.