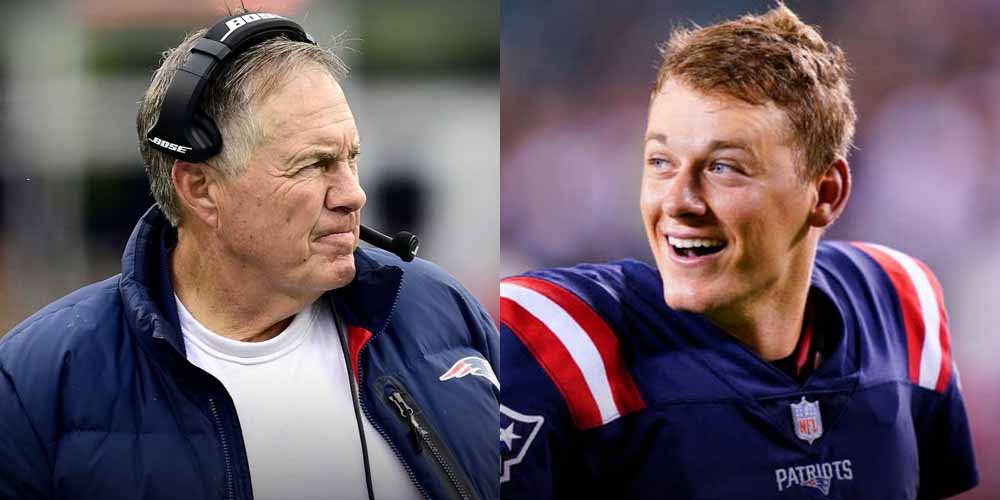 FOXBOROUGH, Mass. – The New England Patriots are the hottest team in the NFL at the moment which has resulted in Mac Jones and Bill Belichick jumping out as favorites to win end-of-the-season awards.

Mac Jones As Rookie Of The Year Favorite

Mac Jones has made big strides in the last few weeks to take over as the Offensive Rookie of the Year favorite on NFL betting sites. While Jones is playing well, it may not even be his play that has made him the favorite, but rather his biggest threats poor showings.

Offensive Rookie of the Year Odds

Ja’Marr Chase was on pace to break all sorts of rookie receiving records but has averaged just 38.0 receiving yards per game over the last four weeks. That being said, he shouldn’t be ruled out just yet. He’s still on pace for 1,400 receiving yards and 15 touchdowns on the season, both of which would rank second all-time for rookies.

Jones isn’t playing spectacularly from a statistics standpoint, ranking 10th in the NFL in passing yards and 13th in passing touchdowns, but all of the other rookie quarterbacks are playing so bad that he’s the only viable option for the position. Considering Chase’s recent play, Jones deserves to be the favorite, but maybe not by this wide of a margin.

Bill Belichick As Coach Of The Year Favorite

The Coach of the Year is a difficult award to predict as there’s not truly a set criterion for who wins it.

Do voters value which team was the best? Which team improved the most? Which overachieved? Everybody has their own idea on what deserves the award, but sports betting sites seem to believe the award is Bill Belichick’s to lose.

The Coach of the Year Odds

The New England Patriots currently have an 8-4 record which isn’t the best in the NFL, but they do have the largest point differential (+146) showing their dominance over their opponents. They’re also on a six-game winning streak and currently hold the lead in the AFC East.

The Arizona Cardinals have the second-easiest remaining schedule in the NFL, which means Kingsbury may have some value given his +375 odds.