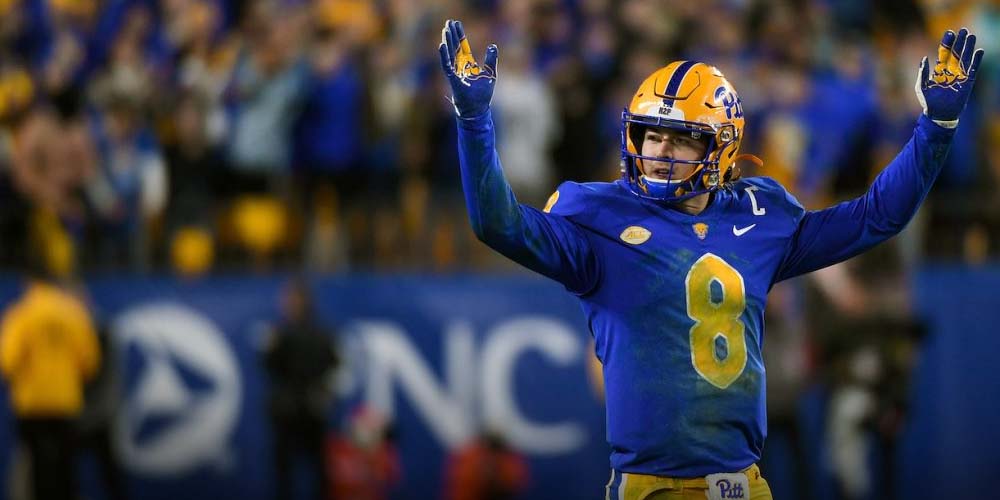 LAS VEGAS – Kenny Pickett finished up his five-year career at the University of Pittsburgh that saw him throw for over 4,300 yards, 42 touchdowns, and finish third in the Heisman Trophy voting.

Despite all that, NFL Draft betting odds suggest that he may fall further than expected on Thursday, and maybe even Friday night.

Kenny Pickett Draft Position Over Under

Draft Positioning Dictates The Saints Make The Most Sense For Pickett

It can be inferred that NFL Draft oddsmakers pinpointed the New Orleans Saint’s 16th overall selection as the sticking point as to where Pickett may land.

The teams that could realistically target Pickett are the: Carolina Panthers (6th), Atlanta Falcons (8th), Seattle Seahawks (9th), New Orleans Saints (16th and 19th), and the Pittsburgh Steelers(20th). Betting odds reflect those as the most likely landing spot as well.

With Kenny Pickett’s draft over-under slightly shaded towards the over, it may make the most sense to bet on the Saints with their 19th selection to take the talented quarterback prospect.

Kenny Pickett enjoyed tremendous success in his collegiate career, but according to some that may be based on something he can’t possibly control, his hand size.

Pickett was known in college as one of the rare quarterbacks to throw with a glove on his throwing hand, but as the NFL Combine grew closer, so did the rumor that he only did that because he had smaller hands.

At combine Pickett’s hand measurement came in at 8.5 inches, a historically low number. The smallest hands of any starting quarterback in the league are nine inches. The members of that club are Joe Burrow, Ryan Tannehill, and Jared Goff.

For Pickett’s sake, he would surely love to be compared to Joe Burrow. They were both breakout players in their last collegiate season and have smaller hands, but NFL Draft sportsbooks believe that’s all they have in common.