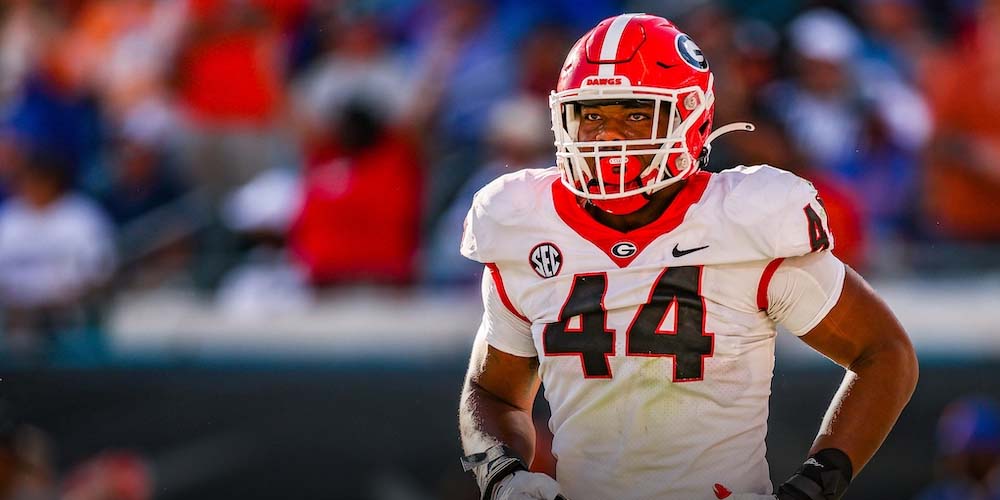 LAS VEGAS – The NFL Draft is today, but unlike most years there is still some confusion on who the Jacksonville Jaguars will select first overall.

Travon Walker Distancing Himself From The Pack

NFL Draft bettors have seen some incredible odds swings for the 2022 NFL Draft.

Travon Walker’s combine performance was legendary. He ran the 40-yard dash in 4.51 seconds after weighing in at 272 pounds. His 4.51 second 40 time was the fastest by a prospect over 270 pounds since at least 1999.

The Jaguars General Manager Trent Baalke has also shown a preference for edge rushers with similar body types back when he worked for the San Francisco 49ers, specifically Aldon Smith.

Baalke drafted Aldon Smith 7th overall in the 2011 draft when he was with the 49ers. Smith’s combine performance was similar to Walker’s, except Walker was slightly better at everything.

Keep in mind that Aldon Smith was an elite NFL player, and more importantly for NFL Draft bettors, he was the 7th overall pick in the first round. He was by no means a slouch, the statistics just show what a special athlete Travon Walker is.

Best Bet Outside Of Walker On Ikem To Be First Pick

Online sportsbooks have given Aidan Hutchinson the second-best odds to be the first overall pick, but the best bet on anyone other than Travon Walker to be the first pick is Ikem Ekwonu.

The Jaguars did just sign their left tackle Cam Robinson to a three-year contract extension, but outside reports are suggesting that the Jaguar’s Head Coach Doug Pederson wants to continue solidifying the offensive line and take Ekwonu.

With a lack of support surrounding Aidan Hutchinson and Ekwonu’s +800 betting odds, the best underdog bet to be the first overall pick in the NFL Draft is on Ikem Ekwonu.