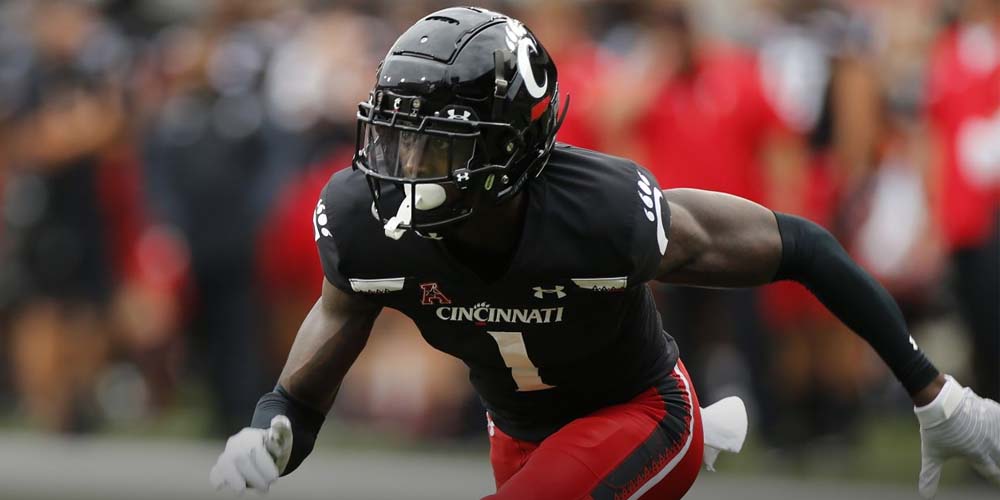 LAS VEGAS – The NFL Draft season is beginning to heat up as it is set to commence on Thursday night with the first round. With that, there are different odds that are beginning to open up. More specifically on different players draft positions.

Ahmad Gardner, in particular, the former cornerback for the Cincinnati Bearcats, was given a 5.5 draft position on NFL betting sites and is favored to go in the top-5.

Gardner certainly has the skillset of a top-5 draft pick having notched 99 total tackles, 18 pass deflections, 3.5 sacks, 9 interceptions, and two touchdowns during his three years in Cincy.

As for the teams that are picking inside of the top-5 that could select him, they consist of the Jacksonville Jaguars, Detroit Lions, Houston Texans, New York Jets, and New York Giants in that order.

Some of these teams could be in need of help in the secondary while others could be looking in another direction.

Of the teams in the top-5, the Jacksonville Jaguars are arguably the ones that least need a cornerback.

They allowed 227.7 passing yards per game this season which is middle of the pack in the league, but the fourth least amongst the top-5 teams.

Where they do struggle is on the ground where they struggled defending the run with 125.1 rush yards allowed per game. That said, they could likely lean in the direction of a defensive lineman such as Aidan Hutchinson, Kayvon Thibodeaux, or Travon Walker.

The Detroit Lions are an interesting team to keep an eye on as they allowed the ninth-most passing yards this season.

Some might remember that just two years ago, the Lions attempted to fix their cornerback issue by drafting Jeff Okudah with the third overall pick in 2020, however, he has played in just ten games in those two years after dealing with a plethora of injuries.

With that, they could look to bolster their CB room even more if Okudah does not live up to the standards that Detroit was hoping for by cashing in Gardner’s NFL Draft odds.

The Houston Texans are right behind the Lions allowing the tenth-most passing yards to opponents.

The Texans are in need of help anywhere at this point in their rebuild as they allow the second-most total yards to opponents which could be dangerous in terms of them looking Gardner’s way as they have tons of areas in need.

They could definitely use the services of Gardner, but the factor of the many other holes in their defense could play a role in Gardner’s draft position odds.

The New York Jets have been one of the bottom feeders of the league for quite some time and have been eager in searching for ways to turn that around. They did make some interesting free agency additions at the CB and DB spot which could be a sign of them not leaning in that direction in the draft.

They added CB D.J. Reed who is coming off of a career year with 78 tackles, 10 pass deflections, and two interceptions. They also added a young, championship-caliber safety in Jordan Whitehead who is riding high with his success on the Tampa Bay Buccaneers.

The Jets defensive back situation was also not terrible, to begin with as they had vets such as Lamarcus Joyner and young, evolving pieces in Bryce Hall and Ashtyn Davis who have shown spurts of stardom. All in all, Gardner’s case for the New York Jets does not look strong enough.

The New York Giants  are another interesting team in terms of what they are missing as many argue that they have some star pieces to help them win now, but still lack the surrounding pieces to connect them.

At the DB position, Adoree Jackson is one of the best cornerbacks in the league, but aside from him, they are thin.

Not only are they thin, but they also lost a key, young DB in Jabrill Peppers and could try to fill that void by drafting a stud in Garnder.