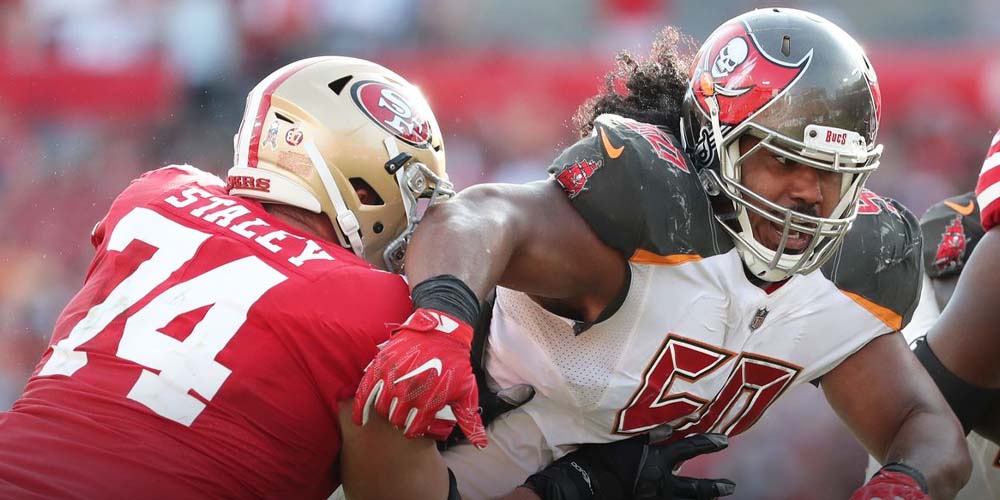 LAS VEGAS – The NFL Playoffs are set to continue with the Divisional Round on Saturday and Sunday. While the game lines are posted, there are also NFL specials that can be taken advantage of that offer a significantly higher payout.

Aside from offering game lines, NFL online betting sites have odds on the stage of elimination for each team including the San Francisco 49ers and Tampa Bay Buccaneers.

If the 49rs were to go through the Packers, they would be facing a road game against either the Tampa Bay Buccaneers or Los Angeles Rams who have just four combined losses at home this season. All in all, $245 more can be made betting on them to lose in the NFC Championship than their moneyline odds to beat the Packers.

The Tampa Bay Buccaneers absolutely demolished the Philadelphia Eagles in the Wild Card Round, however, the Eagles were the most inexperienced team in the postseason. Moving on to the Bucs Divisional Round matchup with the Los Angeles Rams, they are favored, however, their injuries might be catching up to them. The Buccaneers are without Chris Godwin, Antonio Brown, Leonard Fournette (questionable), and other key pieces to their championship team.

They will be going up against a Rams team that took down one of the most explosive teams in the NFL in the Arizona Cardinals with a final score of 34-11.

With that, the Rams odds to win the game become more and more enticing being that the Bucs are not fully healthy. In order to maximize profits, a $100 bet on the Buccaneers to lose in the Divisional Round offers a $155 payout while the Rams moneyline odds are offering a $130 payout.