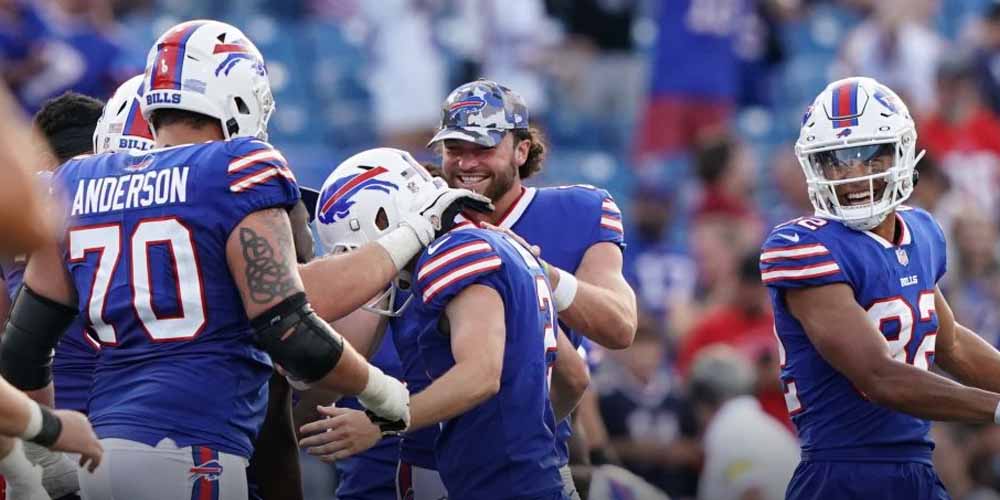 BUFFALO, N.Y. – The Buffalo Bills kick off their 2022 season on the road against the defending Super Bowl Champion Los Angeles Rams.

The fact that the Bills are favored against the defending champions on the road is largely indicative of how strongly Super Bowl sportsbooks feel about the Bills heading into the season.

Buffalo Bills The Favorites Of The Super Bowl Sportsbooks

Josh Allen and the Buffalo Bills as a whole are largely expected to dominate throughout the 2022 NFL Regular Season and advance well into the postseason. Their domination on the gridiron is so largely anticipated that they are the favorite at Super Bowl sportsbooks for many different categories:

Three key reasons can be attributed to the expected success of the Buffalo Bills in the 2022-23 season:

Underrated Key To Success For The Buffalo Bills In 2022/23

Every team must have certain factors such as health and a little scheduling luck to win the Super Bowl, which is undoubtedly the Buffalo Bills’ goal heading into the upcoming season.

For the Bills to accomplish that goal they likely will need to focus more on causing turnovers. The average performance by the opposing quarterbacks in the Bills’ wins and losses last season makes that importance clear:

The Buffalo Bills offense is very likely to score a lot of points, as evident by the Bills’ odds to lead the league in scoring(+500) and by Josh Allen’s MVP odds(+700), but their defense may decide if bets on the Buffalo Bills to win the Super Bowl payout.