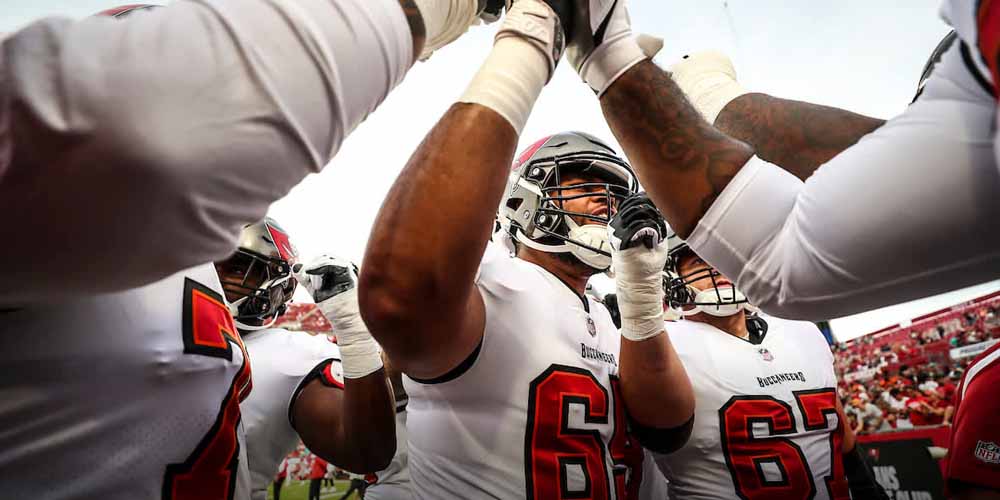 TAMPA – Heading into the second week of the NFL preseason, the Tampa Bay Bucs have +700 odds to win Super Bowl 57. They are the current second favorite team to bring home the Lombardi trophy, behind the Buffalo Bills.

Preseason Odds For Betting On The Bucs In 2022

This is the third straight year that Tom Brady and the Bucs have opened the NFL season with odds at or under +1000 for betting on the Super Bowl. They had +1000 preseason odds when they won Super Bowl 55.

Looking at the NFC Championship and the NFC South, the Bucs are the betting favorite. The Bucs have +375 odds to win the NFC and they have +300 odds to earn the number one seed in the 2022-2023 NFL playoffs.

In the team’s first year with Tom Brady, the Bucs won the NFC Championship game with +500 preseason odds by defeating the Green Bay Packers, who were the favorite to take the game.

For betting on their division, oddsmakers have made the Bucs heavy favorites, at -275. The Saints are the only other team in the NFC South close to their odds, at +300 for the title. Tampa Bay took the NFC South in 2021 with -200 preseason odds.

This was the first time that the Bucs had won the division since 2007, and the first time they were the betting favorites since being tied with preseason odds of +250 with the Carolina Panthers in 2017.

Tom Brady is the second favorite for the preseason regular season MVP betting with +800 odds. The Bucs QB has not won the award since the 2010 season. However, Brady has never won the regular season MVP award and the Super Bowl in the same season.

Brady also has +650 preseason odds to have the most regular season touchdown passes. During the 2021 season, he led the league with 43 passing touchdowns and was second on the list in 2020 with 40.

To pair with Brady’s total touchdown odds, his number one wide receiver, Mike Evans, has +700 odds to have the most regular season reception touchdowns.

The Bucs have running back depth after drafting Rachaad White in the third round from Arizona State during the 2022 NFL Draft. The rookie running back has +3000 preseason odds to be named offensive rookie of the year.

There is also value in placing preseason wagers on the Buc’s defense in 2022. Devin White opens up at +4000 odds to win defensive player of the year after recording 9 sacks in 2020 and 3.5 sacks during the 2021 season.