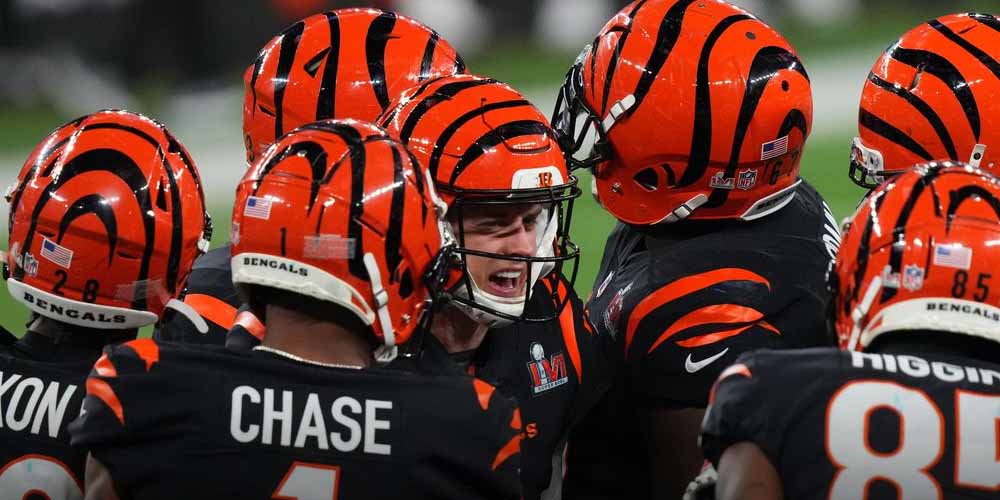 Betting On The Cincinnati Bengals In 2022

After overcoming some of the longest odds in all the NFL last season, other teams and NFL bettors league-wide are expecting much more from the Cincinnati Bengals next season. That point was only further cemented by Cincinnati’s offseason that saw them add likely three new starters to what was a below-average offensive line last season. The signing of those likely starters, Alex Cappa, Ted Karras, and La'el Collins, were considered strong enough that Pro Football Focus gave the Bengals' offseason grade an "A".

That improved offensive line is very likely to prove necessary this upcoming season, as the Bengals have the third hardest strength of schedule, with their opponents’ average win percentage at .536.

The Bengals strength of schedule does not truly indicate how difficult their season is. Up until the Bengals’ bye week in Week 10, the Bengals will have played two teams with a winning record in 2021. After their bye week, the Bengals play eight games. Of those eight games, only two are against teams with below .500 records last season, the Baltimore Ravens and the Cleveland Browns.

The Ravens are the AFC North favorite over the Bengals with +135 odds, and when the Bengals play the Browns in Week 14, Deshaun Watson will have completed his suspension.

With such a daunting second-half schedule next season, it may be a wonder that Super Bowl sportsbooks have projected many of the Bengals key players to have statistically worse seasons in 2022 than in 2021.

The Bengals starters such as Joe Burrow, Joe Mixon, and Ja'Marr Chase were all held out by the team to prevent injury in the final game, which is likely not to be the case in 2022 given that schedule difficulty.

With that in mind, it may be worth betting the over on many of the player props for the Cincinnati Bengals given that they are nearly all regressions from last season's stats that were put up in fewer games.