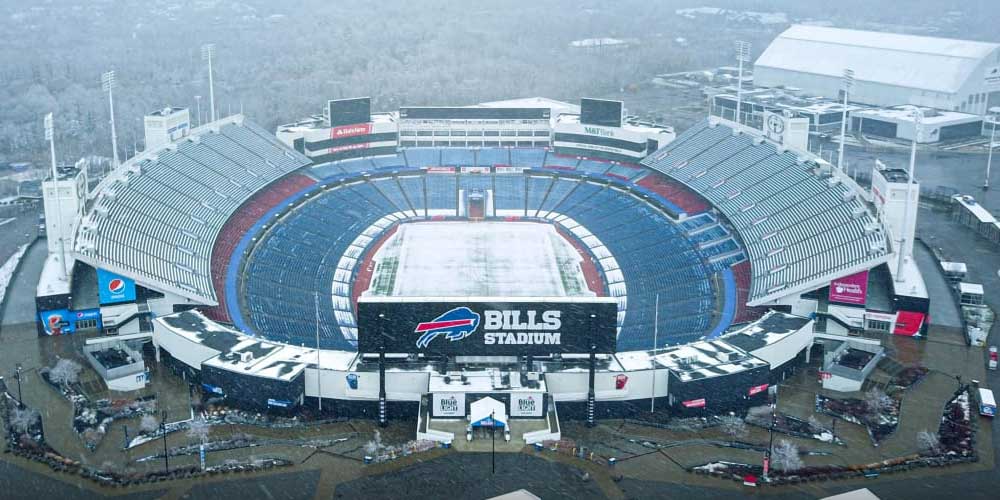 BUFFALO, N.Y. - The Buffalo Bills host the New England Patriots in the Wild Card round of the playoffs in what is sure to be Saturday’s main attraction of Super Wild Card Weekend.

The Bills, led by quarterback Josh Allen, defeated the Patriots the last time these two teams met, but fell victim to a dangerous rushing attack in their first meeting.

That first meeting was marred by poor weather in Buffalo, making it hard to utilize the biggest advantage Buffalo has in this game - the fact that QB Josh Allen is far better than his Patriots counterpart, Mac Jones.

The weather for the game will be very cold, but the extreme winds of the first time these teams matched up should not be present.

This raises the question - exactly how much better than Jones is Allen? Furthermore, how should NFL playoff betting fans approach the gap between the two quarterbacks?

Josh Allen Vs. Mac Jones Who Will Have More Passing Yards Odds

The first thing that any discerning betting fan would do in a situation like this is take a look at the respective Over/Under lines for each QB.

They seem to be exactly in line with the expectation that Allen will throw for 45.5 yards more than Jones on the night.

Over the course of the season, Allen exceeded 250.5 passing yards nine times, and two of the misses he had were 249 and 248 passing yards respectively.

The problem for both quarterbacks, however, is that the Buffalo Bills and New England Patriots are top-tier in terms of limiting opposing passing yards.

In both of their previous matchups, Allen would have covered the spread of -45.5 passing yards.

Whether or not he’ll be able to do it again will depend entirely on if the Patriots’ defense can adjust enough to stop him.