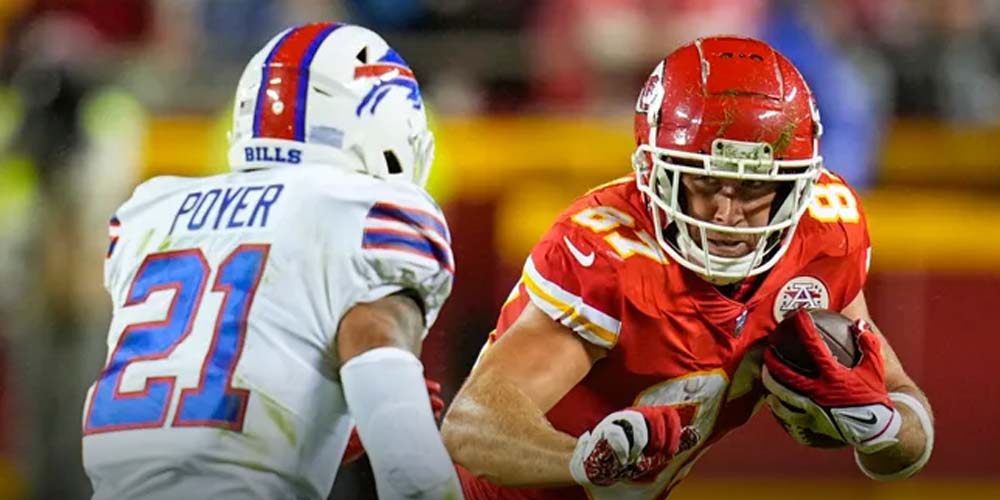 KANSAS CITY, Mo. – The Divisional Round matchup between the Kansas City Chiefs and Buffalo Bills has the potential to be the game of the weekend considering how evenly matched both teams are going into the game.

To end the regular season, the Chiefs finished just one game ahead of the Bills in the standings as Kansas City went 12-5 while Buffalo went 11-6. With that, online NFL betting sites have given the Chiefs a slight advantage going into the game.

The lines for this game might look similar to those that bet on the Chiefs/Bills matchup in last year’s playoffs where the Chiefs were a 3-point favorite and the points total was set at 54.5 points. In that matchup, the Chiefs covered the spread as they won 38-24 and dominated the Over on the game total.

The Kansas City Chiefs and Buffalo Bills have become very acquainted with each other as this will be their fourth meetings over the last two seasons. In the three meetings before this one, the Chiefs have taken control of the series winning two of the games.

Looking back to the 2020-21 regular season, Kansas City was a 5.5-point favorite to beat the Bills with a game total of 54.5 points. The Chiefs had no problems covering the spread as they won the game 26-17 but they did fail to hit the Over.

After the Chiefs made it two straight wins over Buffalo in the playoffs, the Bills got their revenge in the 2021-22 regular season where they won the game 38-20. What makes this even more impressive is that the Bills won at Arrowhead Stadium as a 3-point underdog. They also barely hit the Over which was set at 57 points.

Where Things Are Leaning

The Chiefs finished the regular season having won nine of their last ten games and covered the spread in six of their last eight. However, things have been shaly for them at home as they went 5-5 ATS.

The Bills, on the other hand, have been one of the best road teams against the spread this season with a 5-3 record and are winning those games by 13.3 points on average with an +8.6-point cover margin.

With that, Buffalo’s odds could prove to offer significant value in a tough road situation.