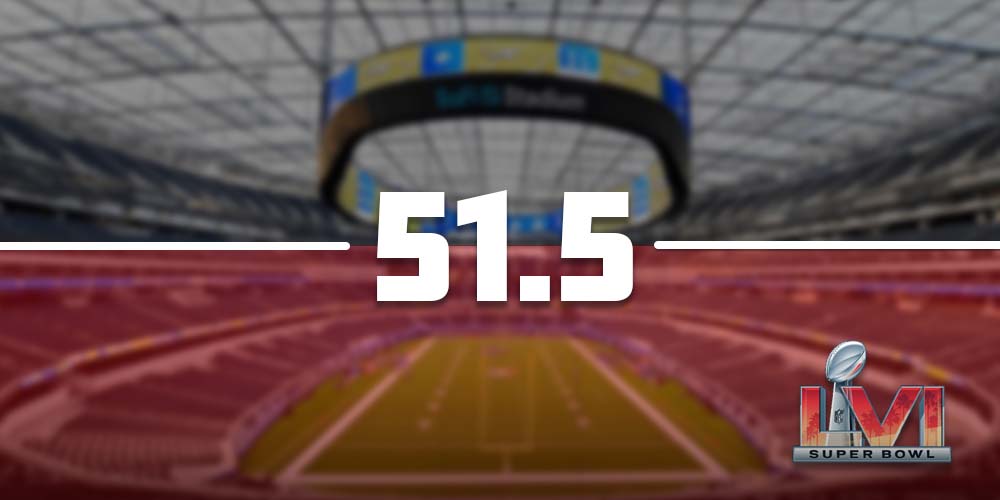 LOS ANGELES – For those that feel confident in their betting abilities, early betting lines for Super Bowl 56 have been posted. Focusing in on the point total, it has opened up at 51.5 points and -110 odds on both sides.

A 51.5-point total could be seen as a bit low considering that the last five Super Bowl odds have seen the point total set at over 54 points.

It is also worth noting that the Under has been one of the hottest trends in recent years having hit in the last three Super Bowls and in four of the last six.

One way to bet on the early game total odds is by using the odds for the exact matchup. As the odds sit right now, the four options with odds of +1000 or less feature three of the top five scoring teams in the league.

Those three teams are the Tampa Bay Buccaneers, Buffalo Bills, and Kansas City Chiefs. Each of them are averaging over 28 ppg this season.

Looking at the favored Super Bowl 56 matchup, it is the Chiefs going up against the Green Bay Packers. Both teams are offensive powerhouses with the Chiefs putting up 28.8 ppg while the Packers are averaging 26.5 ppg.

Combined they average above 55 points per game.

As for the Packers potential matchup with the Buffalo Bills, combined they also average north of 55 points with the Bills averaging 28.4 ppg.

If there were to be a Super Bowl 55 rematch between the Chiefs and Buccaneers, it also backs up the odds on the Over being that both teams combined average over 58 points a game.

The total points will certainly shift depending on which teams make it to the Super Bowl. With some high-scoring teams favored to make the Super Bowl though, it could shift higher making the time to get in on them right now.