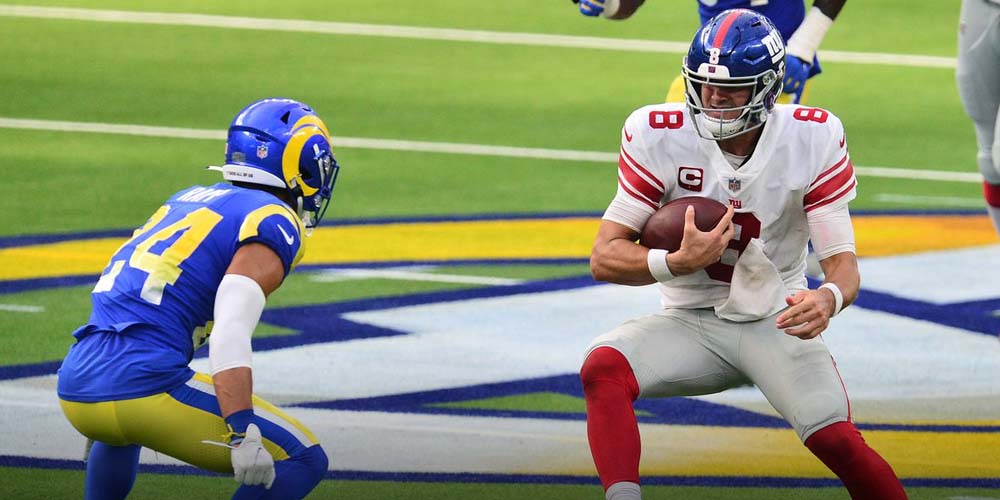 EAST RUTHERFORD, N.J. – With betting lines available for the entire Week 6 NFL slate, some of the opening odds look more interesting than the others.

The Los Angeles Rams will play the New York Giants on Sunday and are currently listed on NFL betting sites as the only double-digit favorite of the week. This would be the eighth instance of a team being favored by 10+ points this season. The favorites have covered in five of their seven previous games.

Aside from the fact that the Rams are clearly the better of the two teams, the Giants are a very depleted team at the moment. New York was already without Sterling Shepard and Darius Slayton and lost Daniel Jones, Saquon Barkley, and Kenny Golladay all to injury during the last game.

It’s unclear as to who will miss next week’s matchup and who will play, but regardless these injuries will not make anything easier in an already lopsided situation. The game will start at 1:00 p.m. EST Sunday and can be seen on FOX.

The Arizona Cardinals are the only remaining undefeated team in the NFL and will take the field as underdogs on Sunday in their meeting with the Cleveland Browns. This will be the third time this season that the Cardinals are underdogs, they have outscored opponents 75-33 in their previous two games.

If there’s a weakness to the Cardinals, it’s their rush defense that allows the fifth-most rush yards per game. That may not be a good matchup as they’ll face Nick Chubb, Kareem Hunt, and the Browns offense that’s averaging a league-leading 187.6 rushing yards per game.

While the Cardinals may be the only undefeated team, there’s only one team that’s undefeated against the spread and it’s the Dallas Cowboys. As they look to extend their ATS record to 6-0, online sportsbooks give Dallas a 4.5-point advantage over the New England Patriots.

Not only is Dallas covering the spread, but they’re doing it easily with an average cover margin of 10.2 points per game. When a team is the single best bet in football, it’s usually a good idea to tail them until it stops working.

CBS will have coverage of the game beginning at 4:25 p.m. EST on Sunday.