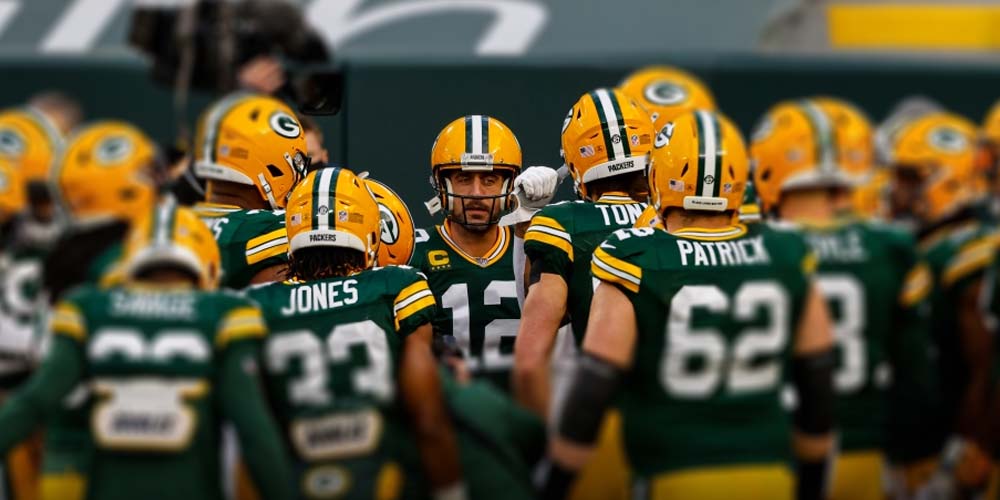 GREEN BAY, Wis. – There is no doubting that the Green Bay Packers are one of the most entertaining teams to watch this season. They have tons of star power on their roster with names like Aaron Rodgers, Davante Adams, and Aaron Jones leading the way.

But could their Super Bowl odds be worth taking this early on in the season as a sleeper pick? Some might argue that history tends to repeat itself for reasonings as to why the Packers will not win. However, there is a reason to believe that the Packers are giving it their all in order to capture the SB56 title.

Aaron Rodgers Passion For The Packers

Although QB Aaron Rodgers could very well be in the middle of his “last dance” with the Green Bay Packers after both sides had a rocky offseason, there is no denying that the QB has tremendous amounts of love for the team that drafted him. Rodgers is leading the Packers this season like it is his last season and has been passionate about it the whole way through. This year, Rodgers has gone for 1,241 passing yards, 10 touchdowns, and a 61.4 QBR.

Even though Rodgers might not agree with what the Packers organization is doing to win a championship, he is doing everything possible to bring them there and has remained passionate and emotional in bringing Green Bay to another Super Bowl.

With Rodgers connecting with his team on all cylinders, they are surely a hard team to stop this season.

Looking at the Packers' remaining games this season, they should not have much trouble in proving their case as to why their Super Bowl 56 odds are worth the bet. They have five division games remaining in which they have gone 12-3 in their last 15 divisional matchups.

They also have games against struggling teams such as the Washington Football Team, Kansas City Chiefs, and Seattle Seahawks. If the Packers can win against their division and defeat those that are struggling, they could be staring at a 12-5 record to finish the year, which could leave them with a playoff BYE week.

With a favorable remaining schedule and the Packers' chemistry sitting at its peak right now, it may be the best time for sports bettors to get in on these Super Bowl lines before they drop below the +1000 mark.