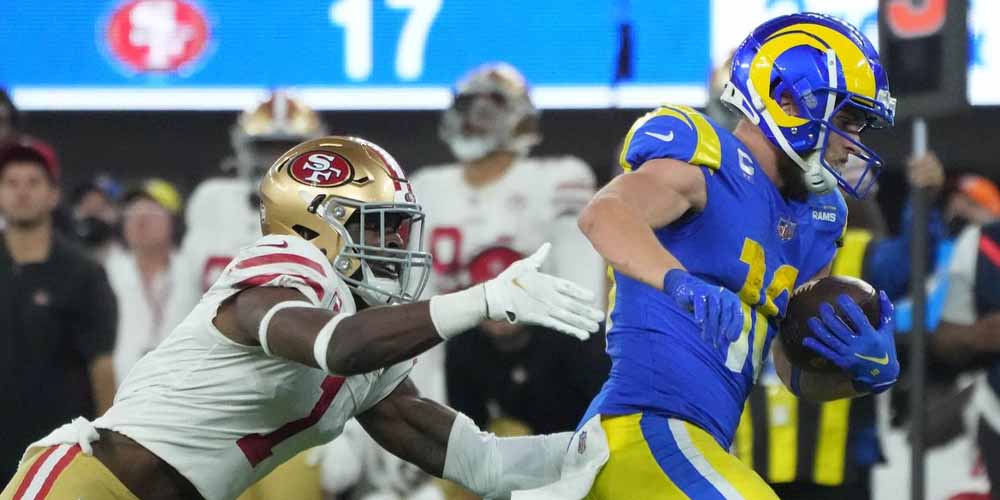 SAN FRANCISCO – The San Francisco 49ers and the Los Angeles Rams face off in a game that could determine the fate of the NFC West.

The 49ers are 2.5 point favorites despite a plethora of injuries leaving them depleted at important positions.

Quarterback Trey Lance is out for the season, replaced with 49ers stalwart Jimmy Garoppolo. LT Trent Williams, arguably the best offensive lineman in football, is out for the game with a high ankle sprain. Starting RB Elijah Mitchell will be sidelined with a knee injury.

Despite all of this, the 49ers are favored to win this game at home, and historically, they’ve dominated the Rams in the head-to-head matchup.

This game could shift the balance of power in the NFC West, with the 49ers swiftly losing ground after a shock Week 1 loss to the Chicago Bears and a disappointing Sunday Night Football loss to the Denver Broncos.

49ers QB Jimmy Garoppolo has a 6-0 record against the Rams in the regular season, but this matchup was the NFC Championship Game last year, and the Rams came out on top.

The Rams have failed to cover the spread in their last five consecutive games against the 49ers.

In addition, the Niners are 5-0 against the spread in their last five consecutive home games.

By all accounts, the Rams are a better team than the 49ers. They’re healthier, they have better division odds and Super Bowl odds, and they might even be favored at a neutral site.

However, the accumulation of these trends seems to be too much for the online sportsbooks, who are being very generous with a banged-up 49ers team.