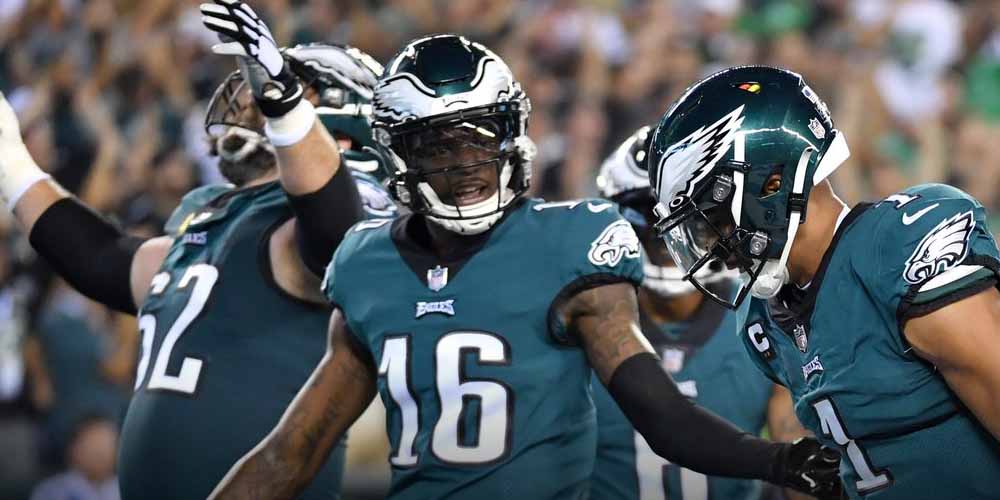 PHILADELPHIA – Following a dominant start to the season, the Philadelphia Eagles now have the third shortest odds to win Super Bowl 57 at +800.

Those +800 odds are far cry from where the Eagles sat before the season at Bovada, with their odds having shortened so much that a payout on the team to win the Super Bowl is now nearly one-third of what it was before Week One:

With back-to-back dominant victories for the Eagles, that odds shortening is likely not a surprise.

Hot Start to the Season for Philadelphia

Super Bowl sportsbooks have noted that Philadelphia’s hot start to the season is not an aberration, as two key statistics point to their early season dominance:

With the underlying statistics backing up the natural eye test dominance that the Nick Sirianni-led squad has displayed, some have ranked the Philadelphia Eagles as the best team in the NFL based on power rankings.

The Eagles Super Bowl odds are not their only odds that have shortened, as Philadelphia’s NFC Championship odds and Jalen Hurts’ MVP odds have each seen their odds shorten dramatically through three weeks of the season.

The NFC Championship odds shift is relatively predictable as those odds would follow the Eagles’ Super Bowl odds as they shrink, although it is interesting to note that Philadelphia is now the betting favorite to win the NFC Championship for the first time all season following the Tampa Bay Buccaneers loss to the Green Bay Packers on Sunday.

What comes as the largest surprise, and possibly the most valuable bet for Philadelphia’s supporters, is Jalen Hurts’ MVP odds.

Allen and Jackson face each other in Week Four, which may help Hurts as it could result in one effectively knocking the other out of the race with a loss.

On top of that, Hurts and the Eagles only have five games left against teams that made the playoffs in 2021, with four of those games at home.

That weak remaining schedule will give Jalen Hurts a real shot at putting up incredible statistics and being the starting quarterback for a team that may be the number one see in the NFC in the playoffs, making Hurts arguably the best MVP bet on the board.

With bets on Hurts paying out less and less by the week, it may be worth it to get in sooner rather than later to secure a large payout.