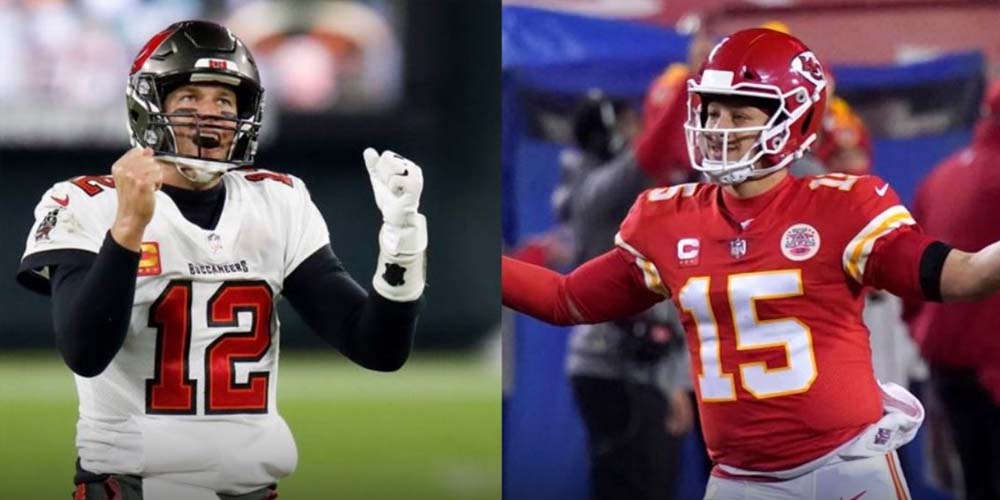 LAS VEGAS – NFL Week 1 overreactions tend to be a tongue-in-cheek exercise but the online betting markets seem to have seriously overreacted in Week 1.

Tom Brady, QB of the Tampa Bay Buccaneers, is now the leading favorite on sportsbooks to pass for the most touchdowns in the NFL.

The seven-time Super Bowl champ passed for four touchdowns in his opening matchup against the Dallas Cowboys and that puts him near the top of the touchdown boards in the NFL.

Behind Brady is, of course, Patrick Mahomes, who is the quarterback of one of the most explosive offenses in the NFL, the Kansas City Chiefs.

Even more unique to Mahomes is the fact that his two top receivers, Tyreek Hill and Travis Kelce, are the two players who are most favored to lead the league in receiving touchdowns.

Brady’s receiving corps, composed of Chris Godwin, Antonio Brown, Mike Evans, and Rob Gronkowski, do not start showing up until the +2000 odds range.

Some of this is due to the fact that the Chiefs’ offense overwhelmingly runs through Kelce and Hill, while the Bucs’ offense is a bit more spread out.

Brady has led the league in passing touchdowns before – four times, in fact. The last time he did so was in 2015 when he passed for 36 touchdowns with the New England Patriots.

Brady did pass for 40 touchdowns in 2020 with the Bucs and was only eclipsed by Aaron Rodgers, who passed for 48.

Even though Brady is an obvious contender for the award, if he is the favorite, it’s a bit off that his receivers are not higher up on the receiving TD odds boards and his yards leader odds are not ranked better either.

Brady should definitely be in the mix, but as a favorite though, he might be a poor value for sports bettors.