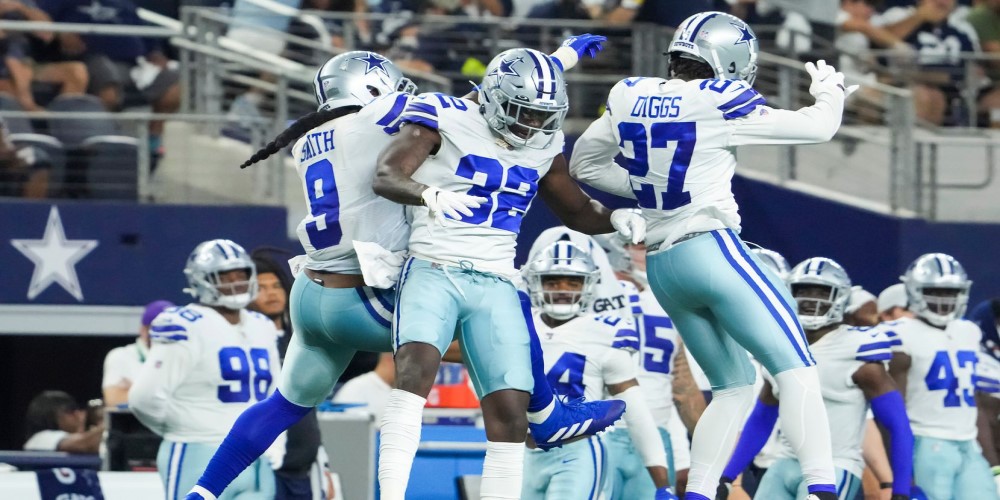 LAS VEGAS - The NFL divisional odds are a fickle thing and vary largely on a week-to-week basis, especially at the beginning of the year.

The Dallas Cowboys lost their season opener to the Tampa Bay Buccaneers but looked impressive in doing so. NFL betting sites favor the Cowboys but still have plus value attached to their name.

The NFC West is potentially the toughest division in the NFL and all four teams won in Week 1.

There are no NFC West divisional matchups in Week 2 but all teams are at least a three-point favorite in their Sunday matchups.

The Green Bay Packers suffered an embarrassing 38-3 loss in Week 1 but are still labeled the betting favorites by online sportsbooks.

All four teams lost in Week 1 and there will be a divisional matchup between the Packers and Detroit Lions in Week 2 on Monday Night Football.

The Packers are 11-point favorites, indicating their NFC North odds may shift closer to EVEN after an assumed victory.

As one of the favorites to win Super Bowl LVI, it shouldn’t be too surprising to find the Tampa Bay Buccaneers atop the odds boards in the NFC South.

All four teams are a part of divisional matchups this week as the New Orleans Saints (-3.5) take on the Carolina Panthers and the Bucs (-12.5) will play the Atlanta Falcons.

With the NFC South seeing a battle week, some major odds movement could be coming next week.

The Buffalo Bills were upset by the Pittsburgh Steelers but remain as the favorites in the AFC East.

All four teams will be in action against one another this week with both road teams favored. The Bills (-3.5) play the Miami Dolphins while the New England Patriots (-6) play the New York Jets.

The two teams that lost in Week 1 find themselves at the top of the AC North divisional odds boards while the season opener winners are at the bottom.

No team in the division will be playing a fellow AFC North opponent this week but the Browns and Steelers are the only two favored teams. If one of the two top teams like the Ravens loses again - which seems possible as 4-point underdogs to the Kansas City Chiefs, the odds could shift drastically.

Who would’ve thought that the Houston Texans would be the only team in the division to win their first game of the season?

The Texans will likely not have the division lead for long, but bettors can still find a massive payout if they hold onto the lead.

The Kansas City Chiefs are thought to be the best team in the NFL and are therefore the biggest favorites in any division. Don’t expect Kansas City to fall out of the top spot at any point this season.