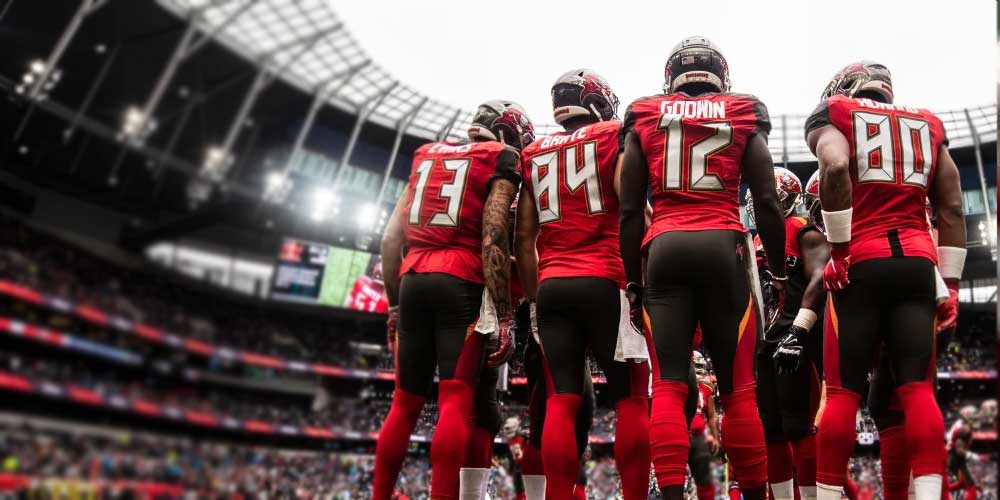 TAMPA BAY, Fla. - As the NFL season is just getting started, there is another new beginning for NFL fans and bettors to look forward to.

That is the start of Tom Brady’s tenure with the Tampa Bay Buccaneers.

With Tom Brady’s first game coming on Sunday, NFL sportsbooks have odds on who will be on the receiving end of Brady’s first touchdown pass for the Buccaneers.

Looking at Chris Godwin, he is obviously the favorite here as he is the lead receiver for the Tampa Bay Buccaneers considering that he led the team in yards, receptions and touchdowns in the 2019 season. It would only be right the Brady looks to go to his new number one option for his first touchdown pass.

The great thing about the Buccaneers offense is that their second option at receiver is just as good as their first. Mike Evans could easily pull in Brady’s first touchdown throw as well as he was not far behind Godwin in the 2019 season as he put up 67 receptions, 1,157 yards to go along with eight touchdowns. Evans is also a close second on the odds boards as well.

Moving on to Rob Gronkowski, this is where things could get interesting as Gronk already has chemistry with Brady when it comes to red-zone targets. Gronk was one of Brady’s favorite end zone targets during their time together with the New England Patriots.

During Gronk’s nine-year stint with the Patriots, he had five years where he ended up with double-digit touchdowns. Bettors should not be surprised if Tom Brady goes back to his favorite end zone target once again.

As for Ronald Jones II, he should be considered a dark horse to reel in Tom Brady’s first touchdown as a Buccaneer.

Jones will serve as the lead running back in Week 1 which is already a reason to consider him. Jones has also emerged as a great receiving back as well as in the 2019 season he pulled in 31 receptions for 309 yards.

For those that have seen Brady play, they should know that he is more likely to throw the quick and easy passes than go long. This is great for those willing to take the chance on Jones as it will give him plenty of opportunities to make something happen close to the goal line.