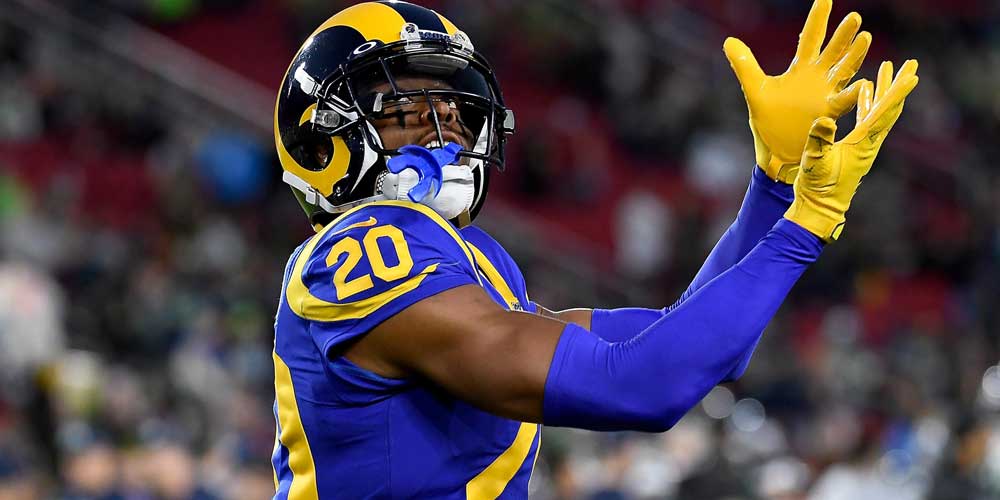 LOS ANGELES – The Los Angeles Rams made history on Wednesday as Jalen Ramsey signed a contract extension making him the highest-paid defensive back in the history of the NFL.

Ramsey’s extension is worth $105 million over the course of five years. With this extension, Ramsey is guaranteed $71.2 million from the Rams.

Before Ramsey’s extension, Darrell Revis was the highest-paid defensive back in history as he signed a 6-year deal with the Tampa Bay Buccaneers in which he earned $18.2 million a year.

Right now, NFL sportsbooks have the Rams Super Bowl odds in the bottom half of the odds board at +6000 odds while their win total is set at 8.5 wins with the under favored at -145.

Pros Of The Extension

Looking at the positive side of the extension, the Rams defense remains one of the top defenses in the league as Jalen Ramsey will be playing alongside arguably the best defensive end in the league in Aaron Donald as well as other defensive role players in Michael Brockers, Leonard Floyd and Troy Reeder.

They will remain a defensive threat in the league and continue to cause fear amongst opposing receivers with Jalen Ramsey lurking in the backfield on Aaron Donald wreaking havoc opposing offensive lines.

Cons Of The Extension

Where things get murky for the Rams with the extension is that it leaves them with little to no room to extend any of their other players.

This is one of the main reasons that their Super Bowl odds are where they are right now as well as their win total being so low.

The Rams offense is hurting their odds as well. The team will not be able to afford one of their top receivers in Cooper Kupp and will also look into reconstructing the contract of Jared Goff.

This team is clearly high on their defense but will have obvious struggles with the offensive side of the ball which could hurt their odds even more.