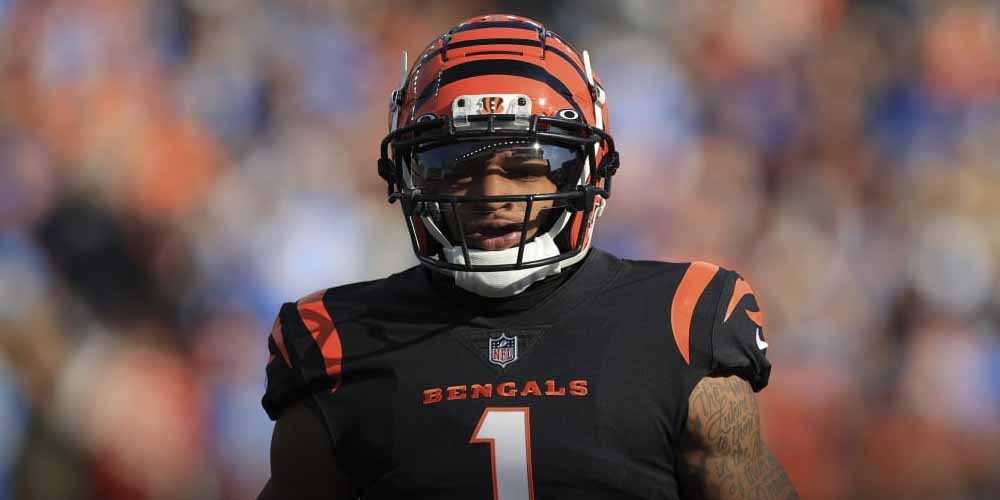 CINCINNATI – There is no doubt that the Rookie of the Year race has come down to two players. Cincinnati Bengals wide receiver, Ja’Marr Chase, and New England Patriots quarterback, Mac Jones.

NFL online sportsbooks have Jones as the heavy favorite to run away as the winner, however, Chase should not be counted out as he has proven to be one of the top receivers in the league.

Chase has come out hot as ever during his rookie season and is posting top-10 numbers across the board. Chase has gone for 1,035 receiving yards (7th) and 10 touchdowns (3rd) while averaging 17.3 yards per catch (3rd) on just 60 receptions.

One of the main things to look at in the Rookie of the Year voting is the impact that the player has brought to the team. Chase has had arguably the biggest impact of any rookie having helped take the Bengals from a 4-11-1 record and in 13th place in 2020 to potentially competing in the playoffs. The Bengals are currently in 9th place in the AFC and have a 7-6 record.

Also, Chase has a good chance at breaking multiple rookie receiving records as he is 438 yards away from Bill Groman’s record of 1,473 yards. He is also seven touchdowns away from Randy Moss’s 17 TD record.

Chase could possibly secure the ROY award if he were to at least come close to those records. He's proven he could get close since he has multiple games this season with over 90 receiving yards including a 159 and 201-yard outing.

As for the touchdowns, the four remaining teams on the Bengals schedule this year have allowed for 11+ receiving TDs to opposing receivers. With two touchdowns his last time out, Chase could be starting to pick up steam.