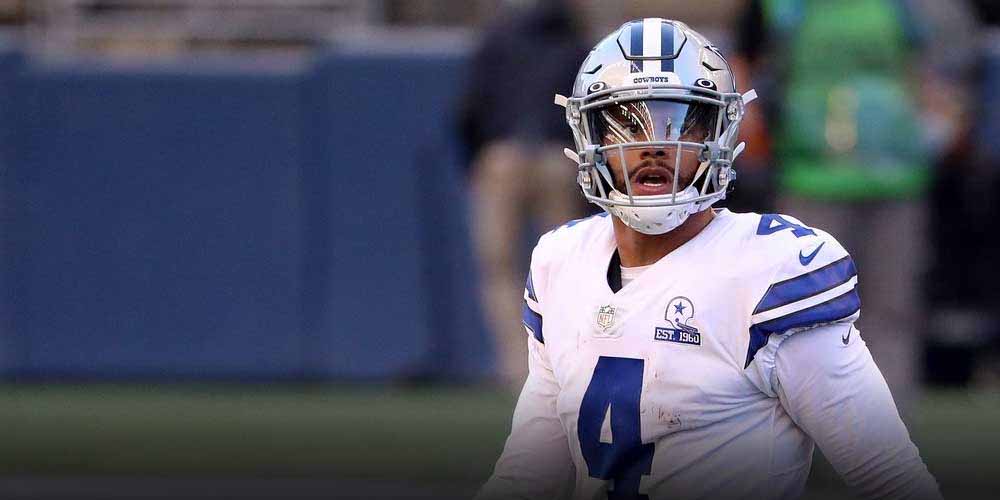 DALLAS - Dak Prescott of the Dallas Cowboys has been struggling in recent games - in his last four games he’s thrown four touchdowns and five interceptions. He’s also been held under 250 yards and an 80 quarterback rating in three of those four games, with the lone exception coming against the Las Vegas Raiders in Week 12.

This is a far cry from where Prescott was at in his first eight games of the season - 20 touchdowns, five interceptions, only two games under a 100 quarterback rating.

However, against an ailing New York Giants defense, Dak Prescott seems primed for a bounce back game. His Dallas Cowboys will need him in top form if they want to make good on their Super Bowl odds of +1100.

Prescott’s O/U projection of 278.5 would be his second highest passing yards total in the last five games he’s played, counting this one.

In Week 5 against the Giants, Prescott put up 302 yards along with three touchdowns and an interception as his Dallas Cowboys romped to a 44-20 victory.

The Giants rank 19th in the NFL against the pass, giving up an average of 244 yards per game in the air.

Touchdown to interception ratio has been the main focus of Prescott's struggles recently, and the online sportsbooks appear to believe that his struggles will all go away against the Giants.

The Giants have managed to rack up 13 interceptions this year, however, which is solidly middle of the pack.

With numbers like these, the Giants could serve up a perfect get-right-game for Prescott, and the online sportsbooks seem to think one is very likely.