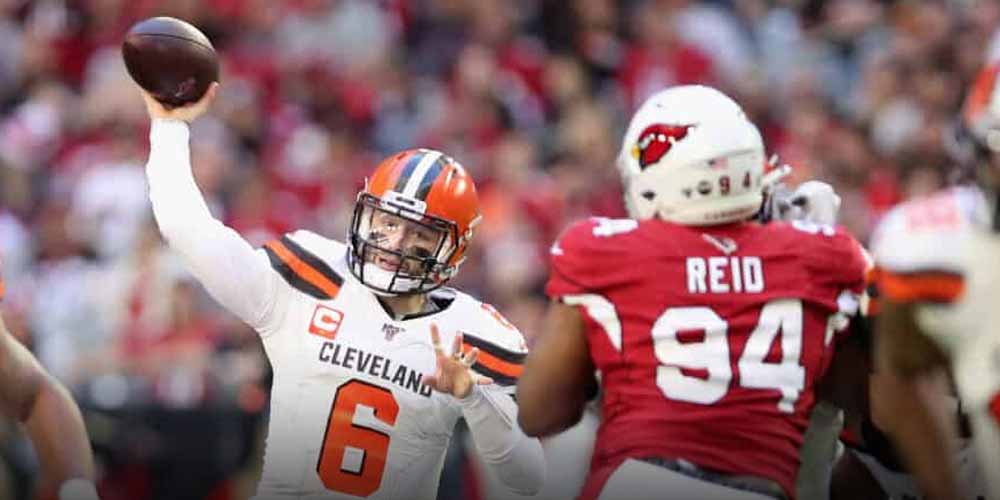 CLEVELAND – Despite being 3-point underdogs against the Cleveland Browns, the Arizona Cardinals are getting 79% of total bets and 88% of the money.

The Cardinals are the last undefeated team in the NFL so sportsbooks are likely anticipating a loss is due. Additionally, the Cleveland Browns defense is among the league’s best in protecting the run and overall yards per game.

Despite this, most of the action is coming from those betting on the Arizona Cardinals to pull the upset. Arizona’s +150 odds also play a factor as bettors look for a bigger potential return.

What the Cardinals vs. Browns betting splits shows is that betting fans are banking on a better team (based on record) with more profitable odds for the Super Bowl contenders to continue their winning streak

The Cardinals are also seeing a lot of action on their odds to cover the spread, but the handle is not as one-sided. 75% of total bets are on Arizona ATS while just 55% of the money is leaning that way.

With the Browns being favored by just a field goal, leaning in on Arizona’s +150 moneyline is far more profitable than taking the -120 odds on the Cardinals to cover.

This also explains the contrast compared to the moneyline for those betting on the Cleveland Browns. Browns covering the spread has EVEN odds, far more profitable than the -170 for Cleveland to win outright.

The Browns being a top two rushing defense gives them an edge over the Cardinals who average 30.2 rush attempts per game with 4.2 yards per attempt.

On the other side of the field, the Cardinals are one of the NFL’s worst teams at stopping the run. Cleveland meanwhile, is the number one rushing team in football.

The Browns average 35 rushing attempts per game with 38.3 over the last three weeks.

The total is set at 49 points and 89% of the total wagers are being placed on the Over hitting. With the defensive differences of these two NFL teams, it makes sense that the Under of getting 49%of the total betting handle.

The sharp money is tilting towards the Under.

The Los Angeles Chargers are 2.5-point underdogs against the Baltimore Ravens but are seeing 78% of total wagers and 83% of the betting handle.

Most NFL gamblers are betting on the Dallas Cowboys Week 6 against the New England Patriots. 93% of total bets are on Dallas while 94% of the total betting handle is also on the Cowboys.

The most lopsided betting line is the 98% of bets and 98% of the money being bet on the Los Angeles Rams to beat the New York Giants. The -10 spread is also seeing 90% of the wagers for the Rams and 79% of the sharp money.