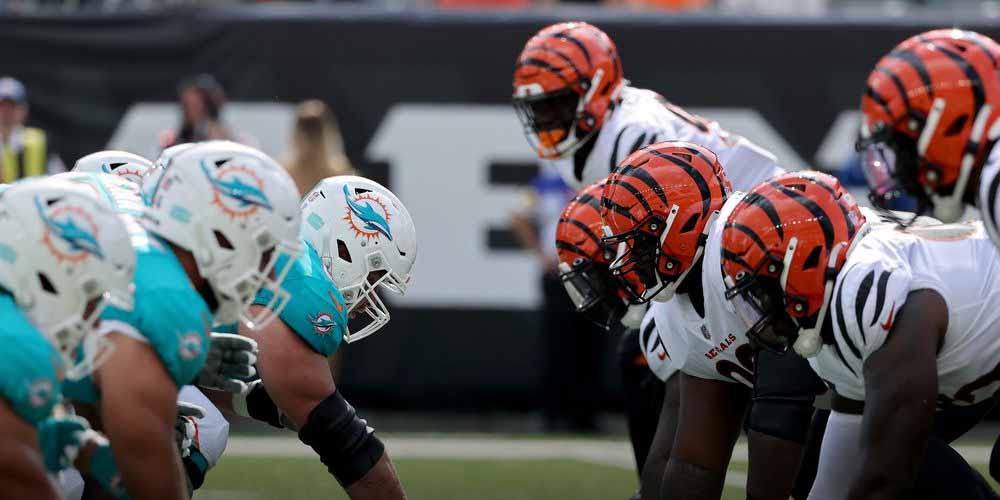 CINCINNATI, Ohio – Week 4 of Thursday Night Football gives us a matchup that features the Cincinnati Bengals hosting the Miami Dolphins as 3.5-point favorites. Even though the Dolphins have started the season 3-0, the Bengals are the slight favorite and are trying to win their second game of the season.

During the Dolphin’s week three victory against the Bills, Tua Tagovailoa suffered a brutal hit that added questions of a concussion to injury concerns that started with his back. However, it is expected that Tua will still start the game.

Between the uncertainty around Tua’s health and the game being played in Cincinnati, the Bengals are slight favorites. Cincinnati also showed an offensive resurgence in week four against the Jets which shortened their odds at Super Bowl sportsbooks.

Betting on the Bengals Covering

While the Bengals had a rough start to the season, they were able to get back on track and cover the spread in week three against the New York Jets. During the 2021 season, the Bengals had one of the best spread records at 10-7 and went 8-5 ATS when playing after a win.

Joe Burrow has helped Cincy cover the spread in nine of their last 11 total games played, with four of these covers being at home.

The Dolphins have covered the spread in all three 2022 games with a 3-0 record but went an even 2-2 with one push when playing as the away underdog during the 2021 season.

This Thursday Night matchup features two teams that are loaded with offensive weapons at QB and reviver. Tagovailoa is currently second in the NFL for the most passing yards through four games with 925.

Throwing 231 yards per game, Tua could hit the over for this prop on Thursday Night but holds more risk because of the injury issue that he will be facing during the matchup.

Joe Burrow is coming off his best game of the 2022 season, where he threw for 275 yards and three total TDs. The Miami defense allowed over 300 passing yards for Lamar Jackson and three TDs in week 2 and gave up 400 passing yards to Josh Allen in week three with two TDs.