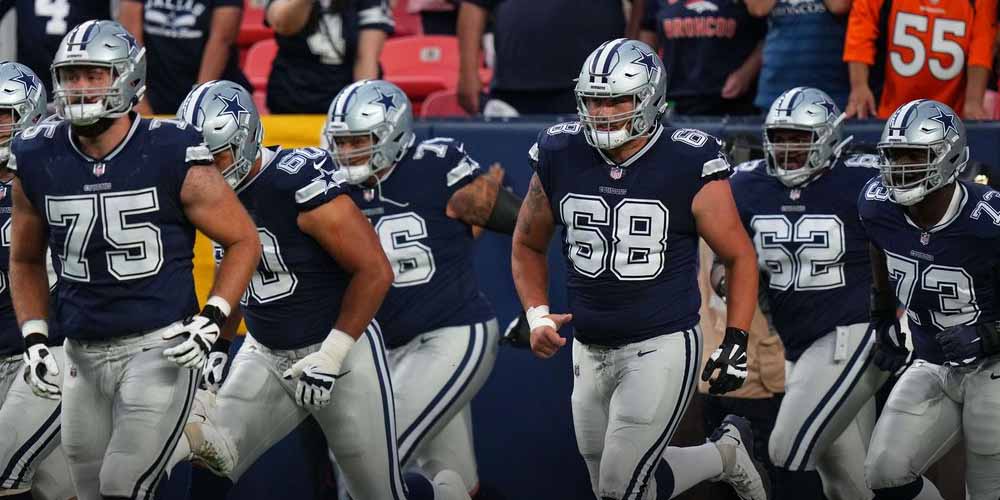 DALLAS – The Dallas Cowboys were considered one of the best teams to bet on last season after leading the league with the best record against the spread (13-5) and also seeing their Super Bowl odds jump from +3000 they opened at to near +1000.

Fast track to their 2022-23 Super Bowl odds just ahead of the season, they are already trending in the wrong direction. Their odds to win SB57 first opened at +1600 and have since shifted to +2000. It has been a similar story with all of their odds across the board including their NFC Championship odds that have gone from +650 to +900 and NFC East odds from -110 to +140.

The drop in their odds before the season is certainly a direct result of their shaky offseason that saw tons of talent see their way out.

The Cowboys suffered their worst losses arguably on their offensive line in Collins and Williams leaving. They did little to fix one of the best offensive lines in the league last season that allowed 17.62% of pressures and just 11 sacks from the starters. They are also losing 165 targets in the receiving room with the losses of Amari Cooper and Cedrick Wilson.

Dak Prescott has been considered one of the top-tier quarterbacks in the league during his six-year and his +1600 MVP odds for this season show that. Despite the Cowboys losses in the offseason, Dak is being set up nicely to win the MVP. If he can pull off a winning season, and still put up similar numbers to what he has been with much less talent on the field than last season, his +1600 odds could be considered a bargain.

Looking at Micah Parsons odd to win Defensive Player of the Year, his odds have held steady in the +1000 range which is where they opened. They currently sit at +900 and for good reason being that he was all over the place last season. In 2021 he recorded 64 total tackles, 13 sacks (6th), 3 forced fumbles (13th), 3 pass deflections, and 12 stuffs. To put it into perspective, his odds match up well with some of the best defenders in the league in Myles Garrett, Aaron Donald, and T.J. Watt.