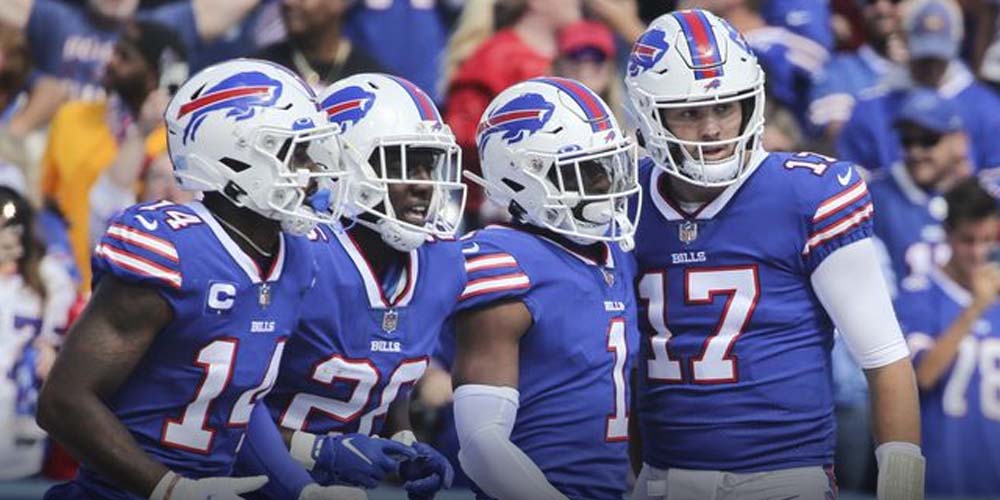 BUFFALO, N.Y. – Following the Buffalo Bills' enormous Week 5 win over the Kansas City Chiefs, there should be no more questioning whether or not they are Super Bowl contenders. The Bills put it on the Chiefs with a final score of 38-20.

Following the Bills dominant win, online sportsbooks were quick to shift their Super Bowl 56 odds, as well as their odds to win the AFC Championship.

Emergence Of The Offense

Aside from Allen, the Bills' wide receiver group has grown into one of the best in the league behind Stefon Diggs and Emmanuel Sanders who have combined for about 700 receiving yards and five touchdowns far. Also, tight end, Dawson Knox has been turning in a breakout third season as well with five receiving touchdowns.

With the offense starting to take shape and take down any team that gets in their way, it is going to be tough for any opposing defense to take them down.

Along with being the highest-scoring defense, they are also ranked inside the top-5 in sacks (5), interceptions (9), points allowed (64), total yards allowed (1,259), and fumble recoveries (6).

They have elite talent at every position on defense including a secondary made up of Tre’Davious White, Jordan Poyer and, Micah Hyde. A linebacker group led by Tremaine Edmunds, and a front seven with Ed Oliver at the forefront.

With the Bills gaining more and more experience as they take the field each week, their odds will continue to shift in the right direction for Super Bowl 56.