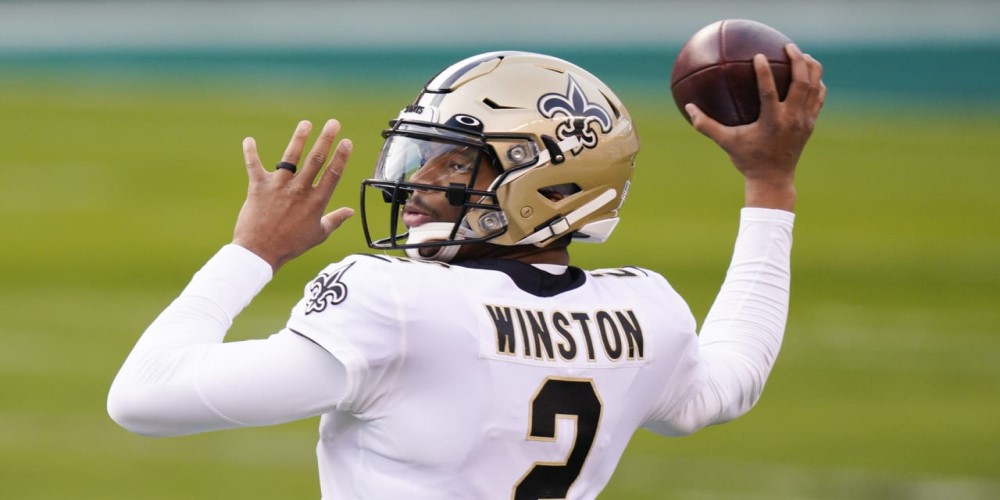 NEW ORLEANS - The first Sunday of the 2021-2022 NFL season has concluded and it brought with it a handful of unexpected results. Naturally, many will overreact to what was seen in Week 1 if they haven't already. A few overreactions may be more accurate than others though.

Jameis Winston Is An MVP-Level Quarterback

Jameis Winston was one of the few stars seen on Sunday as he led the New Orleans Saints to a 38-3 upset victory over the Green Bay Packers. Winston threw for five touchdowns and no interceptions on 14-for-20 passing. NFL betting sites have already dropped his MVP odds.

Winston’s arm talent has never been in question. The last time he was a starting quarterback, he led the NFL in passing yards. His biggest flaw has always been his decision-making skills on the field and interception count. With five touchdowns and no interceptions, could this be the turnaround for Winston’s career? Was it the QB's eyesight all along that had him misfiring? He has since corrected his vision and had a breakout performance on Sunday. Is there a connection?

The Jacksonville Jaguars Will Go 0-16 This Year

The Jacksonville Jaguars went 1-15 last season and while the team seemed to improve in the offseason, that may not be the case for the regular schedule. The Jags played the Houston Texans in the opening week, which was supposed to be one of the easiest games on the schedule. The Texans ended up winning seamlessly by a score of 37-21.

QB Trevor Lawrence threw three interceptions and was largely held in check, falling behind 34-7. If the Jaguars can’t beat the Texans, how many teams can they beat? Jacksonville is currently a six-point underdog to the Denver Broncos in next week's game, but the current odds indicate that the line will move in Denver’s direction.

Matthew Stafford Will Be The Best QB in Rams History

The Los Angeles Rams may have found the quarterback that can take them to the next level. Matthew Stafford is 33-years-old but is showing no signs of slowing down as he opened the season with a great performance.

Stafford tallied 321 yards and three touchdowns with no interceptions on 20-for-26 passing in his first game as a Ram. Is he on pace to become the franchise’s best quarterback of all time? Well, his only true competition is Kurt Warner.

Stafford is 16th on the all-time passing yards list and will likely be borderline Top 10 by the end of the season. Whether or not he gets the accolades as a member of the Rams (MVPs or Super Bowl rings) is yet to be seen, but in terms of talent as a quarterback, there are not many who can compete with him.