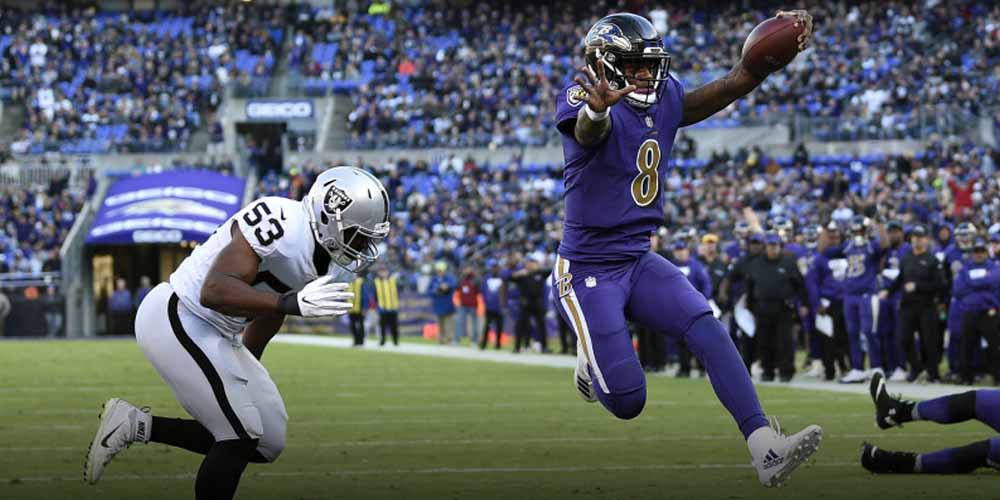 LAS VEGAS – Week 1 of the NFL season is coming to a close with a Monday Night Football matchup between the Baltimore Ravens and the Las Vegas Raiders.

NFL sportsbooks have the Ravens listed as heavy favorites to beat the Raiders. However, Vegas should not be counted out just yet because the Ravens are dealing with an abundance of injuries all over their depth chart.

The Baltimore Ravens and Las Vegas Raiders have met a total of 12 times in their history and the Ravens have dominated by winning nine of those games, including the last two.

It's obvious as to why the Ravens are favored by sportsbooks and it's not just due to statistics. Baltimore has one of the most explosive offenses in the league behind Lamar Jackson although they have been dealing with some devastating injuries leading up to the season with all of their running backs and some defensive players as well. The Raiders could use this as an opportunity to capitalize on the weak Ravens running game with free agent acquisitions such as Yannick Ngakoue, K.J. Wright, and Denzel Perryman.

Now, if Lamar Jackson could get the passing game going and lead the way on the field by rushing the ball, the Ravens moneyline could be one of the easier bets to cash in on.

The spread in this one is set closer than some might’ve expected. The Ravens were one of the best teams in the league against the spread in 2020, as they went 11-7 ATS, while the Raiders were far behind with an 8-8 ATS record.

All of these factors are signs that could be pointing in the direction of the Raiders covering the spread in Week 1.

The game total in this matchup is leaning towards the UNDER and there are trends for both teams that choice up. The Ravens have gone 11-4 hitting the UNDER in their last 15 games against the AFC West and have also gone 5-2 with UNDER’s in their last seven Week 1 games.

On the Raiders side of things, they have gone 4-1 hitting the UNDER in their last five Monday Night Football matchups. In the last five meetings between the Ravens and Raiders though, the OVER has gone 5-0.