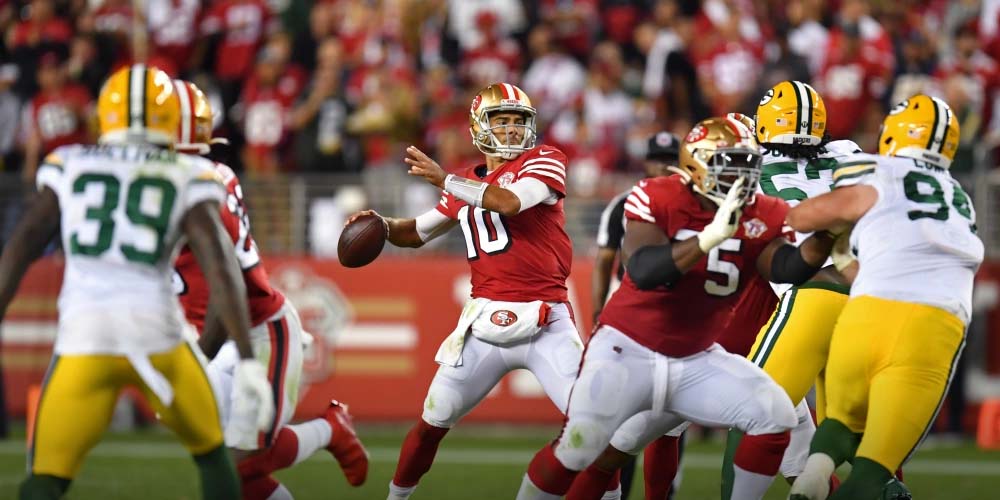 GREEN BAY, Wis. - The Green Bay Packers will host the San Francisco 49ers in the Divisional Round of the playoffs in their ninth all-time postseason meeting.

The Packers are the biggest favorites of the week in the NFL postseason, but shouldn’t take the 49ers lightly as they were the only underdog to win in the Wild Card Round. NFL betting sites are still calling it just a one-possession game though.

Due to the 49ers already making one upset this season, bettors may be inclined to bet on them to do so again. Plus, the two teams have met eight times in the playoffs and the 49ers have fared pretty well with a 4-4 record straight up.

The two met in the playoffs every year from 1995-1998 where Green Bay won three of the four games, but San Francisco has dominated the series as of late, winning each of the last three meetings dating back to 2012.

Is Green Bay This Much Better Than San Francisco?

San Francisco is largely built off of their run game. They had the seventh-best rush attack in the NFL during the regular season and will be facing the Packers’ 11th-ranked rushing defense.

However, it’s also worth noting that the Packers have the ability to point points on the board early and often that could result in the 49ers needing to abandon the run game which would likely prove to be detrimental. Giving what’s assumed to be the back-to-back MVP in Aaron Rodgers an extra week of practice is tough to overcome.

At the end of the day, six points seem very achievable for Green Bay and many betting on the NFL will be surprised to find them favored by less than a touchdown.