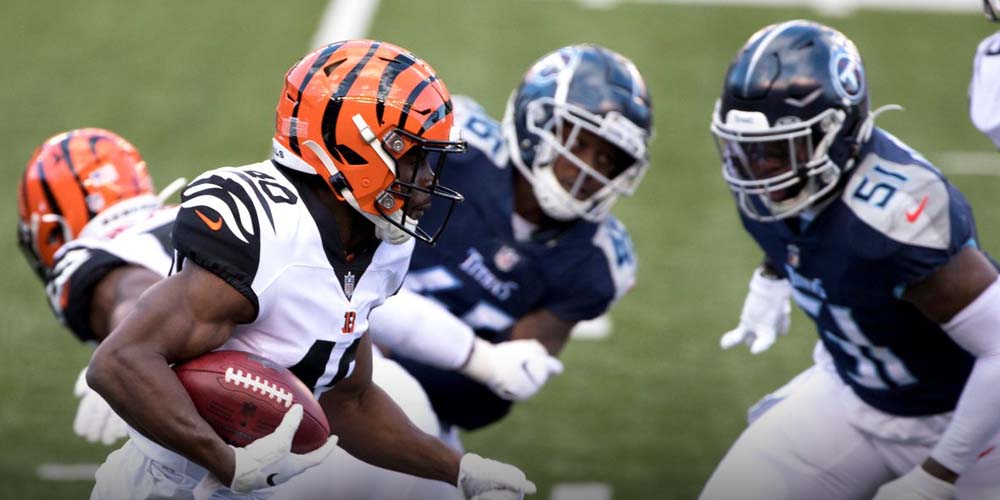 NASHVILLE, Tenn. - The Tennessee Titans earned the No. 1 seed in the AFC and are just slight favorites to move past the Cincinnati Bengals.

Titans Favored By Just Over A Field Goal

The Titans earned home-field advantage throughout the postseason since they were the top seed in the AFC and NFL betting sites are expecting them to make the most of it.

While having a BYE week can definitely prove helpful, it also can help to be on a normal schedule like the Bengals are. Those who believe that Tennessee has the disadvantage in the matchup, although history would disagree, can get a decent moneyline price on Cincinnati.

So far this postseason, only one road team has gotten a win and all home teams have been favored, showing that online sportsbooks are rightfully putting a lot of weight into it.

Should Tennessee Be A Bigger Favorite?

When it comes to the Titans, it’s usually easy to see if they’re a good matchup for an opposing team. They ran the ball on 48.63% of their total plays which was the second-most in the league. Cincinnati had the fifth-best rush defense in the NFL, meaning they could give Tennessee some issues.

Arguably the Titans’ biggest strength is their rush defense that allows the second-fewest rush yards per game. However, the Bengals are a rather balanced offense that relies more on their passing game anyway.

This game seems to favor the Bengals in terms of a matchup, but the Titans have proven to be dominant this season, especially when leading in the game as they’re able to chew the clock and limit the opposition’s opportunities. Whoever is able to get an early lead immediately gets a big advantage as it'll change the way both teams attack on the offensive end.