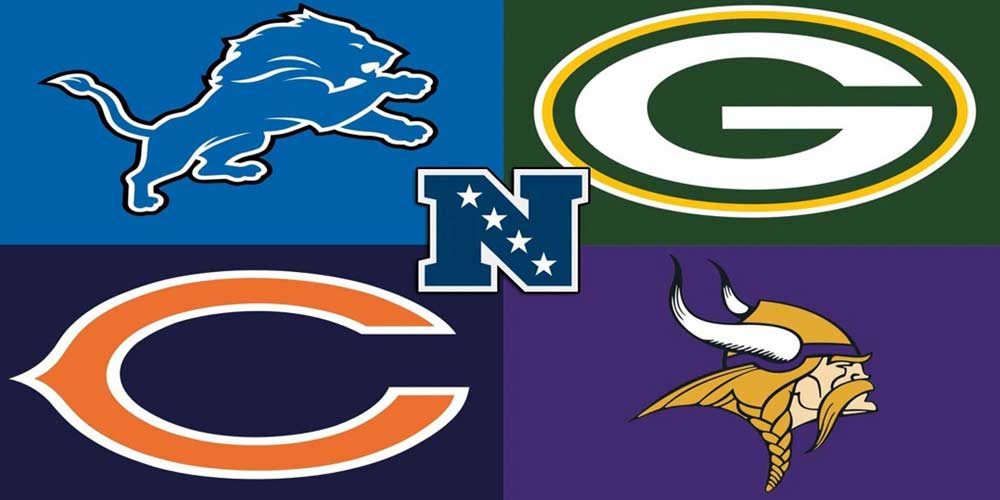 LAS VEGAS — As the NFL season is under a month away, there is one division in the league right now that still has plenty of questions surrounding their odds and that is the NFC North.

The NFC North has always been one of the tougher divisions in the league as they have usually been led by the Green Bay Packers and have seen plenty of Wild Card Round appearances from other teams as well. However, NFL sportsbooks have shifted their odds recently with the uncertainty of the Packers' future, despite Aaron Rodgers reporting.

As the current odds sit, the Minnesota Vikings sit at the top of the odds board just slightly ahead of the Green Bay Packers.

The Minnesota Vikings are the slight favorites to win the NFC North. The Vikings had a great offseason on the defensive side of things that could help defend their case to win the division even more.

They bolstered up their D-Line by bringing in Michael Pierce, Dalvin Tomlinson, and Sheldon Richardson and also signed veteran cornerback, Patrick Peterson as well.

On the offensive side of things, there is a lot to be excited about. Mainly the expected second-year leap from Justin Jefferson and the elite play from Dalvin Cook, who many have high hopes on having a fully healthy season.

If all could come into place, the Vikings could make a run at the division title regardless of the competition from the rest of the division.

This offseason has not been like any other for the Green Bay Packers as they are facing some serious issues with their MVP Quarterback, Aaron Rodgers, and their star wide receiver, Davante Adams.

Aside from the fact that contract talks have stopped between Davante Adams and the Packers, the bigger issue was that different online sportsbooks were bracing for an Aaron Rodgers retirement and adjusting the odds.

To keep things simple, if Aaron Rodgers does get traded and Davante Adams does not come to an agreement with the Packers, they could be in line to have one of the worst seasons to date which makes betting on them impossible with no answer on their future.

Still, all signs are looking positive in the closing days of July.

The Chicago Bears could make some surprises this season. with Andy Dalton listed as their QB1. After trading up to draft Justin Fields, the potential mid-season quarterback changes is never a good sign.

To make matters worse, disgruntled signs are coming out of their top wide receiver, Allen Robinson, as he and the Bears could not agree on an extension, as the Bears also traded away their second receiver in Anthony Miller.

Although the Bears made a run at the Wild Card round in 2020, they could find some struggles getting back there with the new look around their roster.

To keep things short and simple, there is nothing to look forward to on this Detroit Lions team at all. Bettors are better off flushing their money down the toilet than betting on their odds to win the NFC North.

Looking at the Lions depth chart, they have no starting-caliber receivers on their team and have seen a major downgrade at the quarterback position going from Matthew Stafford to Jared Goff whose stats are all way below what Stafford put up in 2020.