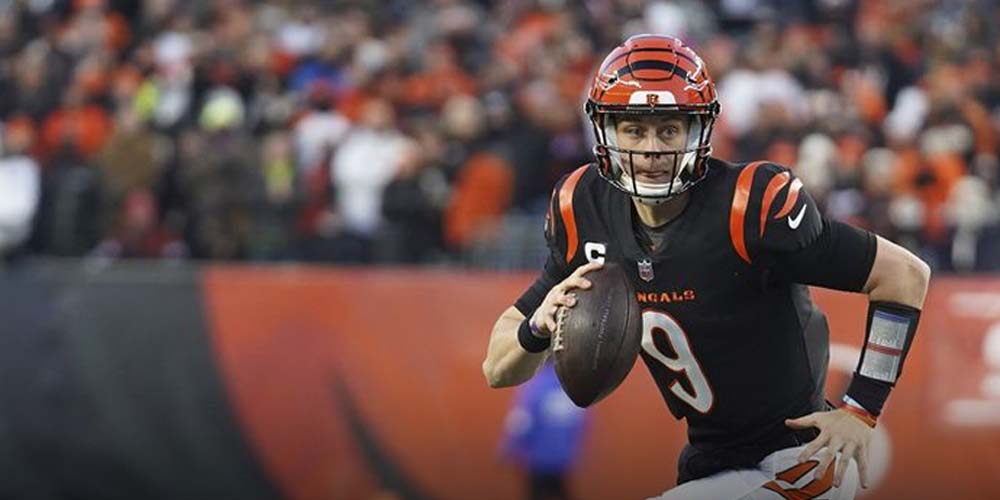 LOS ANGELES – Going into Super Bowl 56, Joe Burrow has all eyes on him considering he has a chance to complete a triple crown for quarterbacks by winning a National Championship, Heisman Trophy, and a Super Bowl ring.

With such high expectations for Burrow, Super Bowl betting sites have unloaded tons of player props for his performance including his passing yards, completions, and rushing attempts.

If there is one thing that Joe Burrow has mastered in his second season with the Cincinnati Bengals, it is finding the open man and racking up the passing yards. He has proven that to the tune of 4,611 passing yards on the season the sixth most in the league.

Looking at the total that is set for him, 325.5 is more than attainable for him to hit the Over as he has done it six times this season. That includes once in the playoffs and in his last two regular-season games.

In the playoffs, the only quarterback to hit Over 325.5 against the Rams defense was Tom Brady. Brady got the bulk of his yardage throwing to the left side of the field, which is away from star cornerback, Jalen Ramsey. Of the 16 completions, six of them went for between 5-10 yards, two for 10-20 yards, and two more for 20+. It is also worth noting that dump-off passes worked well for Brady with six.

If Burrow were to avoid Ramsey in this game and dump off to Joe Mixon, this could be an easy cash-out bet. These odds are available on Bovada where $100 would profit $175.

While Joe Burrow might now be considered much of a dual-threat quarterback, there is value in his rushing attempt total. While Burrow does have plenty of weapons surrounding him to pass to or hand the ball off to that would back up the Under, the Rams are one of the best blitzing defenses in the league with 50 sacks on the year.

With that, their defensive line could force Burrow to leave the pocket and run the ball more often than he would like. Burrow has also rushed the ball for Over 2.5 attempts eight times this season. He is also coming off of an AFC Championship Game where he tied his season-high with five rushing attempts. These odds can be found on BetOnline for a $70 profit on a $100 wager.

With the number of times that Joe Burrow has passed the ball this season, MyBookie is offering a gift at 24.5 passing completions. Burrow finished top-10 in passing attempts this season 629 attempts and completed over 50% of his attempts with 366 completions.

Looking back at his season, Burrow has gone Over the 24.5 mark seven times this season including once in the playoffs. As for the Rams defense, they have allowed opposing quarterbacks to go Over 24.5 completions eight times this season. As mentioned before, Tom Brady had success not just with the Over in passing yards, but completions as well while throwing to the left.