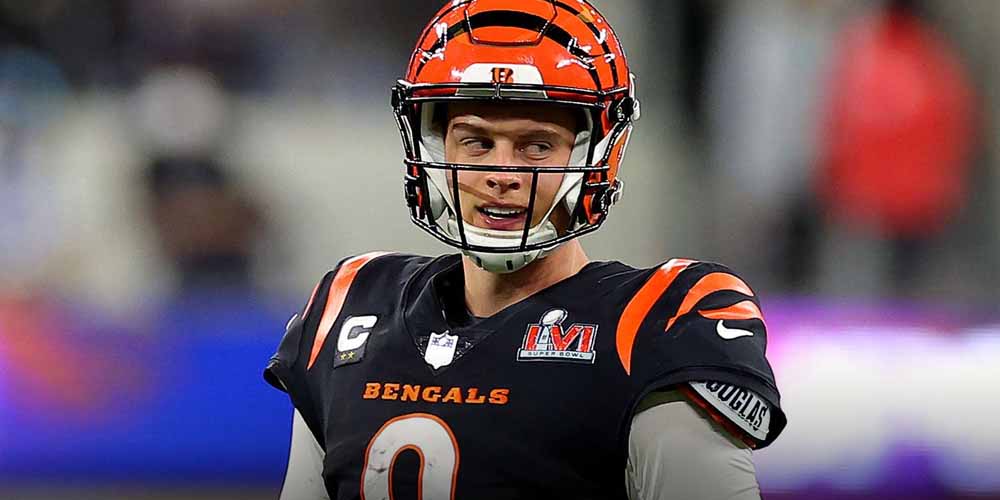 BUFFALO, NY – Joe Burrow is set to lead the Cincinnati Bengals into battle against the 5.5-point spread favorite Buffalo Bills.

NFL sportsbooks have published multiple player props that bettors can take advantage of, such as Burrow to throw at least two touchdowns (-150) and for him to complete less than 25.5 passes (-105).

The Bengals are on a Scoring Streak

At -150 odds to throw for two or more touchdowns, Burrow’s track record certainly helps this, as he ranks third among all quarterbacks in pass attempts inside the five-yard line – a figure that would be higher if Burrow was able to play out the canceled game.

Bettors can take advantage of the Bengals propensity to pass in scoring position as well as Joe Burrow’s already strong resume during the season, where he threw two or more touchdowns in 11 games; making his -150 odds to go over a strong inclusion as a parlay leg or a straight ticket.

With football oddsmakers setting odds of -105 for Burrow to go under 25.5 completions, it is worth looking at how Burrow stacks up against defenses similar to Buffalo.

In five games against top five scoring defenses, Burrow has thrown for 26 or more completions in none of them, only narrowly missing with 25 pass completions against the Ravens in the season finale. In the entire season, Burrow managed to go over this prop in just five games. In the playoffs he doesn’t fare any better, going over just once in five total games.

Similarly, against defenses with equal or lower completion percentage allowed than the Bills, Burrow threw for 26 completions just three times in eight games. Despite how strong of a secondary Buffalo may appear, Burrow generally is efficient enough against similar defenses to stay under his pass completions prop of 25.5, signaling that bettors can capitalize on the near-even -105 odds.