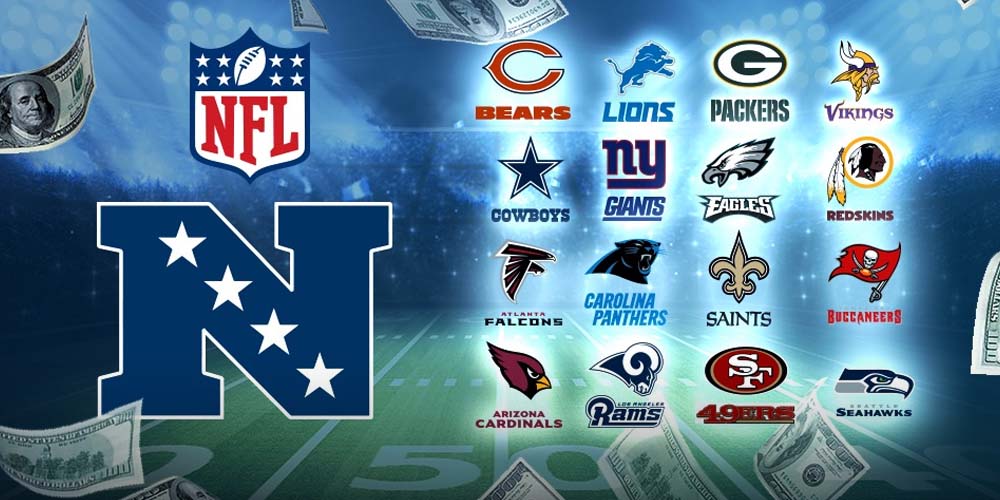 To no surprise, the Buccaneers’ odds are the shortest of them all to win the NFC Championship and for one main reason only and that is the return of Tom Brady.

Brady has had a huge effect on the Buccaneers NFC Championship odds as they first opened up at +1100 and quickly came down to +325 when he announced that he was reversing his initial retirement to return back to the Bucs.

Brady is a playoff magnet having made it to the postseason 19 total times which has resulted in 10 conference championships. Given his experience, the Buccaneers’ odds right now offer great value on NFL betting sites as they are sure to shift once the season starts.

Betting On The NFC South

In terms of the Buccaneers odds to win the NFC South, these could be some of the easiest to gauge in the entire NFC. Aside from Tampa Bay, each of the other three teams are in rebuild mode.

The New Orleans Saints seem to be uneasy about Jameis Winston under center, and the Carolina Panthers  and Atlanta Falcons are coming off of top-10 picks in the NFL Draft and neither of them have a real answer for who their QB1s will be this season.

Betting On The NFC West

In what is arguably the toughest division in the NFL, for the second consecutive year, three teams in the NFC West have opened up with division odds under +300.

The Los Angeles Rams have the strongest case of them all being that they are the reigning division champions and Super Bowl Champions.

They have also added some tremendous talent to try and uphold their championship status in the additions of Bobby Wagner and Allen Robinson.

The San Francisco 49ers seem to be their biggest threat as they are coming off of a conference championship game appearance last season and have brought back the majority of their starters.

The Arizona Cardinals, on the other hand, are coming off of their first above .500 season in five years, but not only did they lose key pieced in Chase Edmonds, Christian Kirk, and Chandler Jones, but they will also be without DeAndre Hopkins for the first six games due to suspension which could play a toll on their odds if they get off to a slow start.

Betting On The NFC North

The NFC North is shaping out to be a two-team race this season between the Green Bay Packers and Minnesota Vikings.

The Packers are the heavier favorites having won the last three division championships and have one of the greatest quarterbacks of all time in Aaron Rodgers leading the way.

However, they did ship off Davante Adams and parted ways with one of their key defensive pieces in Za’Darius Smith which hurts their case to repeat as champions of the division but strengthens that of the up and coming Vikings.

The Vikings have shown some explosive spurts over the last two seasons and their chemistry building over that time could finally pay off. Justin Jefferson has grown into one of the best receivers in the league posting 3,000+ yards in two seasons, Dalvin Cook seems to have gotten over the injury hump, and Kirk Cousins has been somewhat more consistent over the last two seasons lowering his turnover numbers.

Betting On The NFC East

Many have argued that this is the weakest link in not only the NFC but the entire league with all four teams having finished below .500 records just two seasons ago.

Even last season, the Dallas Cowboys had turned things around winning 12 games, but the rest of the division finished either at .500 or below.

With the Cowboys clearly the lone contender of the four, their +100 odds offer some tremendous value being that they will likely drop if they win their first few games.

The only other team in the division that could make some noise are the Philadelphia Eagles as they made some win-now moves by bringing in AJ Brown and Haason Reddick in the offseason to try and match up with the Cowboys.