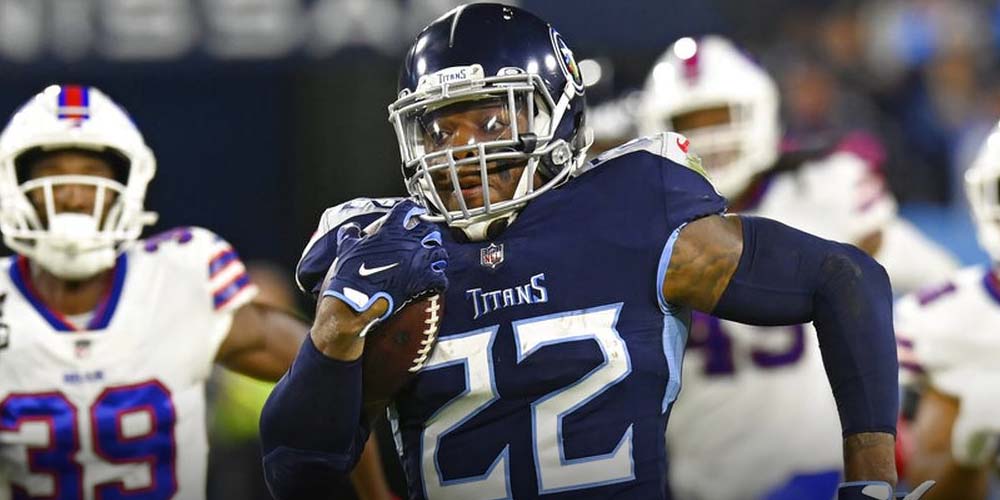 LOS ANGELES – NFL odds have been released to project which player will have the most rushing yards over the course of the playoffs. Derrick Henry is the betting favorite.

Derrick Henry As The Favorite

Although he missed the final eight games of the regular season, Henry is given the shortest odds on NFL betting sites to lead the NFL in rushing yards during the playoffs. However, he may not be the best bet to make.

There are simply too many variables with Henry. Nobody has seen him play in over two months and his team has a BYE week which means he has one fewer game than the field. Sure, he did lead the NFL in rushing yards per game, but there’s no guarantee he’ll get the same workload in his immediate return.

The @Titans are the 1 seed in the AFC. Surely, there season was supposed to end when Derrick Henry got injured, right?

The team’s rushing game was very similar without him on the field, so it wouldn’t be too shocking to have a committee backfield, at least to an extent.

Where Is The Value?

A few different options may have value given that some of the more talented running backs are further down the leaderboard. Some of which aren’t even the best value on their own team.

Clyde Edwards-Helaire has the 14th-shortest odds in the field and even has his teammate, Darrel Williams, ahead of him on the odds board. Both have been limited participants in practice, but the starting job is Edwards-Helaire’s to lose.

Plus, he’ll have a favorable matchup right off the bat against the Pittsburgh Steelers. Pittsburgh had the single-worst rushing defense in the NFL and since they are 13.0-point underdogs, they’re likely to face a heavy rush attack for a good portion of the game. For +2800 odds, Edwards-Helaire seems worth the risk.

Ezekiel Elliott very quietly ran for 1,000 yards this season. The most important aspect of this bet is picking a player on a team who will make a deep run as the more games played gives a big advantage. Since the Cowboys are 26-4 in games when Elliott rushes for 100+ yards, the two go hand in hand with each other. If Zeke rushes for a lot of yards, he’ll likely get the chance to do so again.