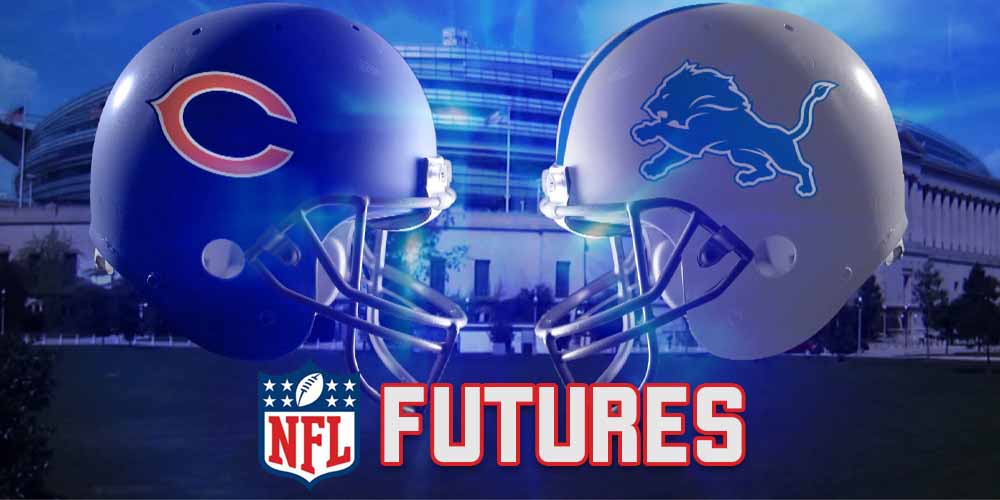 DETROIT, Mi. – The Lion’s future odds for the Super Bowl, NFC, and their division have seen a slight shortened over the NFL offseason. Since the conclusion of the 2021 NFL season, they have essentially swapped odds with the Chicago Bears.

The Bears will be starting the 2022 season with Justin Fields under center for his second year and first year as the opening starter, after releasing QG Nick Foles in the offseason.

During the offseason, the Bears traded Khalil Mack to the Chargers, who has +2800 odds to be the DPOY and +1800 odds for COPY. Even with Matt Eberflus taking over as the head coach for the 2022 season, the Bear’s future odds have been drastically slipping since March 2022.

After starting the season 0-10-1, the Lions found a way to win three regular season games in 2021 and acquired Aiden Hutchinson with their number two pick in the 2022 NFL draft. They also picked up wide receiver Jameson Williams from Alabama with another first-round pick through Minnesota.

Jared Goff will be starting at QB for the Lions for his second year and have a new receiver to continue to develop with. Goff recorded a 91.5 passer rating in 2021 and threw 19 TDs and nine interceptions during the 14 games he started in 2021-2022.

Even though he faced a tough season in Detroit last year, Goff led the Rams to an NFC Championship in 2018 with +500 preseason odds and gives the Lions long odds underdog betting value.

The Lions have -160 odds to hit the over on their 6.5 projected total, while the Bears have +150 odds to hit their same over of 6.5. There are also other areas where sportsbooks shoe more value in the Lions, with the Bears having the second-best odds to score the fewest points at +600 behind the Houston Texans.

The Lions even take the better odds for Coach of the year. Dan Campbell, in his second year in Detroit, has +1800 odds to win the award. Online sportsbooks have given Matt Eberflus the fourth lowest odds for the award, at +4000.