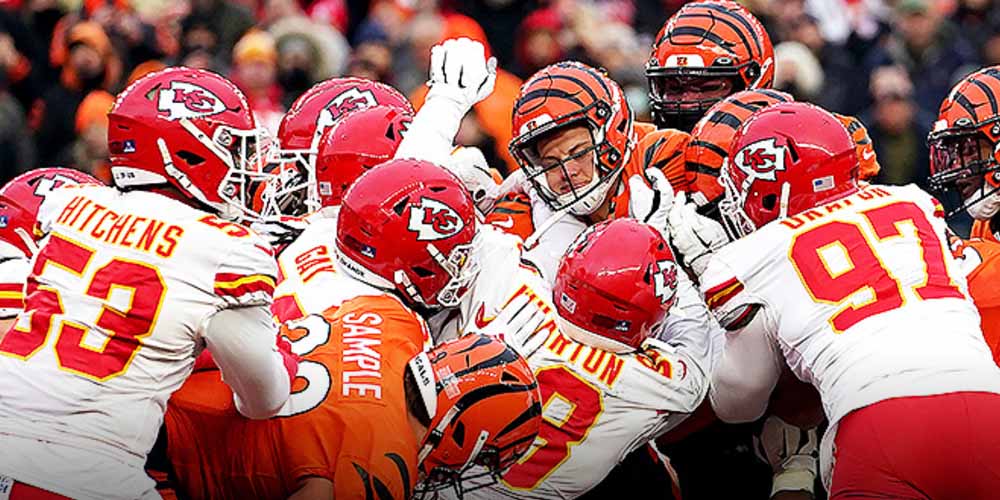 PHOENIX - Super Bowl 57 sportsbooks have updated their futures odds to win the big game, with the Kansas City Chiefs, Cincinnati Bengals, and Philadelphia Eagles all co-favorites.

Super Bowl MVP odds have also been released and allow players to bet on quarterbacks instead of teams and upping their payouts.

The Kansas City Chiefs opened as the favorites after the Divisional Round with +225 odds to win the Super Bowl, but have seen their Super Bowl odds shift overnight.

That shift may be based on the dominance that both the Bengals and Eagles showed in their victories or based on the public concern for Patrick Mahomes' high ankle sprain, especially after Tony Romo discussed how difficult those sprains can be to play through.

Tony Romo, who is known for correctly calling his shot, says there’s a chance Mahomes won’t even play next week. Calls it a “huge challenge”

High ankle sprains are no joke.

The Super Bowl winner has seen their quarterback win Super Bowl MVP in 11 of the past 16 games, which means bettors may be better off betting on quarterbacks instead of teams to secure longer odds.

Jimmy Garoppolo of the San Francisco 49ers has +5000 odds to win Super Bowl MVP, which means five of the 10 candidates with the shortest odds are quarterbacks.

Are you betting on Super Bowl 57 at Bovada?