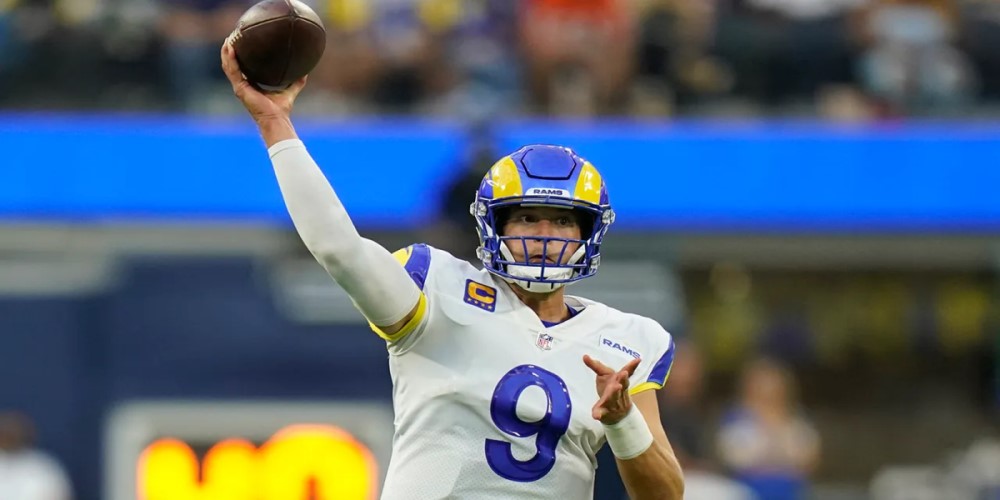 LOS ANGELES - Matthew Stafford is set to host his former team, the Detroit Lions, in what is expected to be a blowout win for his Los Angeles Rams.

Stafford has passed for 1838 yards this NFL season, to go along with a 16-4 touchdown to interception ratio.

Stafford is averaging more than 300 yards per game but he has an O/U under that number due to the variance in his output.

The Lions are giving up an average of 252.3 yards per game, which is good for 19th in the league.

Stafford has passed for 16 touchdowns over the course of the season, which means he’s averaging 2.66 TDs per game.

He’s had three games with more than 2.5 passing touchdowns, and three with less.

The Lions are giving up 2.0 passing touchdowns per game, which is 21st in the NFL.

Stafford has done a lot of damage with relatively low volume - the most passes he’s completed in one game is 27.

The Lions, intriguingly, are allowing the least completed passes per game to opposing quarterbacks, with 18.7.

Perhaps this is due to them falling significantly behind and incentivizing opponents to run on them - they give up 30.7 rush attempts per game, fourth highest in the league.

The Los Angeles Rams take on the Detroit Lions at 4:05 p.m. EST on Sunday, live on FOX.